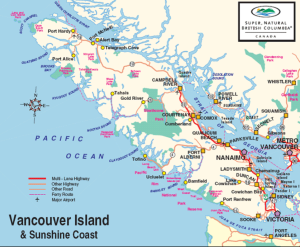 If you’re in to winter sports, we have a very good ski hill – Mt. Washington – which is about 3 – 3 1/2 hours north of Victoria. In addition, it has x-country and snowshoe trails galore. Accommodations can be had on the hill or in nearby Courtenay/Comox.

During the summer, the same ski hill is great for hiking and biking. 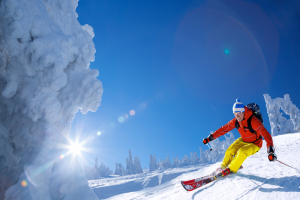 Even if you’re not into sports, it’s a beautiful drive up to the Comox area; and if you’re in town during the August long weekend, be sure to check out the Filberg Festival Craft fair. It’s a juried fair with many beautiful crafts, food and entertainment in one of the most beautiful settings on the island.

Set among the stately trees and gardens of the Filberg Heritage Lodge and Park in Comox on the east coast of Vancouver Island the Filberg Festival is truly a unique event. Wander through the grounds surrounded by beautiful gardens, rustic out-buildings and magnificent views of Comox Harbour and the Beaufort Mountain Range.

The principal objective of the Filberg Festival has been to encourage excellence in all forms of arts and crafts, and to assist in the promotion and sale of quality work. The Festival has established a world-wide reputation for the excellence of the work of its juried artisans, and today is one of western Canada’s largest juried outdoor arts show.

There are lots of places in the area for accommodation and many, many restaurants.  Well worth checking out!

In Comox you’ll also find CFB Comox – an RCAF base that is home to 19 Wing Comox. 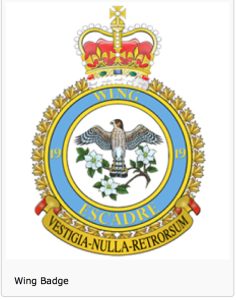 19 Wing Comox is based on Vancouver Island. Its Aurora crews keep watch over the Pacific Ocean while its search and rescue teams regularly locate downed aircraft in some of Canada’s roughest terrain.

19 Wing has a rich history, which began with the construction of the air base in 1942 to protect the Pacific coastline from a possible Japanese invasion.

With CC-115 Buffalo Aircraft and CH-149 Cormorant Helicopters, 442 Transport and Rescue Squadron carries out search and rescue operations in the busiest region in Canada, stretching from the B.C.-Washington border to the Arctic, and from the Rocky Mountains to 1,200 km out into the Pacific.

In addition to its operational squadrons, the Wing is home to 19 Air Maintenance Squadron and a national training school, the Canadian Forces School of Search and Rescue (CFSSAR). 19 Wing also supports cadet training at the Regional Cadet Gliding School (Pacific) and HMCS Quadra sea cadet camp.

CFB Comox’s airfield also serves as a civilian airport for commercial flights destined to Vancouver, Calgary, Campbell River, Edmonton and Mexico (Cancun and Puerta Vallarta). The base hosts a biennial airshow (although not held from 2005 to 2012) to celebrate Canadian Forces Day. The base is also home to the Comox Air Force Museum which features several aircraft and other historical exhibits. The base is a primary employer in the Comox Valley.

You can continue on up to the Northernmost tip of the island to the town of Port Hardy. This is not only a beautiful area with lots of recreation around, but is the gateway to Cape Scott as well as a ferry terminal for some of the more remote locations such as Bella Coola, Prince Rupert and the Queen Charlotte Islands (Haida Gwaii). Check out their website for more information.