Here in Victoria … well actually most of Vancouver Island … we’re ‘blessed’ with an abundance of wild blackberries.  They grow wild everywhere and will take over any space they can.

These blackberries are not only opportunistic … but they’re vicious and will draw blood whenever they can!  In fact some people believe that the blood of unwary pickers is what feeds the plants and helps them produce their tasty fruits year after year!

These blackberry plants are the introduced and invasive Himalayan Blackberry – native to Armenia and Iran.  To some people they’re a curse; and indeed they’re almost impossible to kill once they’ve become established.  To others they’re eagerly anticipated and made into the best pies, jams and preserves that you can imagine.  And they’re heavenly on ice cream! 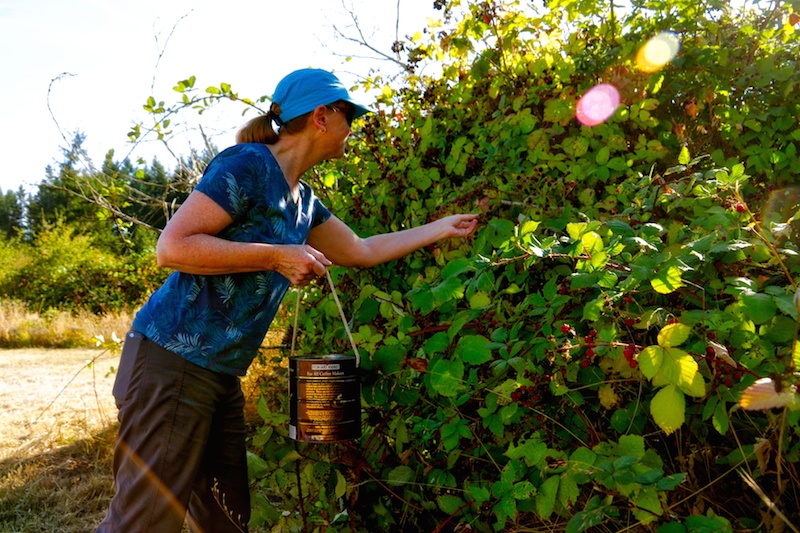 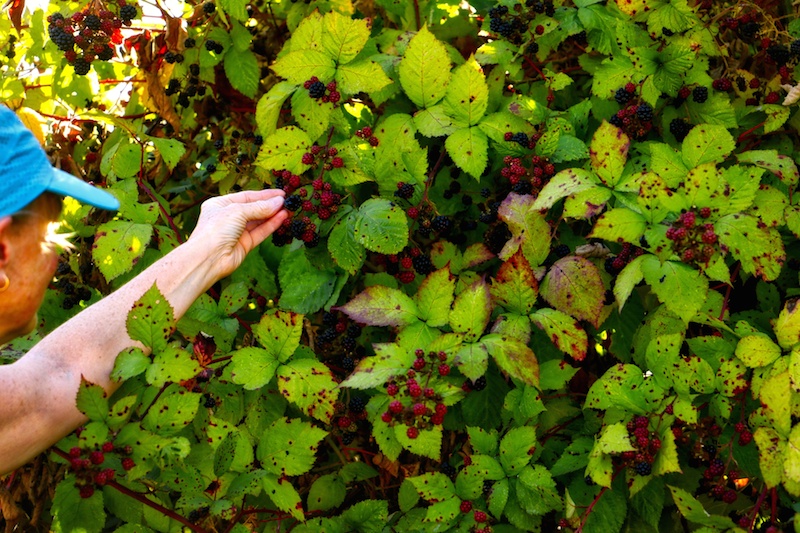 Trying not to get caught in the thorns!

They are usually ready to begin picking in around late July or early August and will last (depending on the heat and rainfall in any particular year) until mid-September.

Here I am picking the last of the season’s berries.  I’m embarrassed to say that most of the berries didn’t make it into the bucket … I couldn’t resist their luscious, ripe fruitiness! 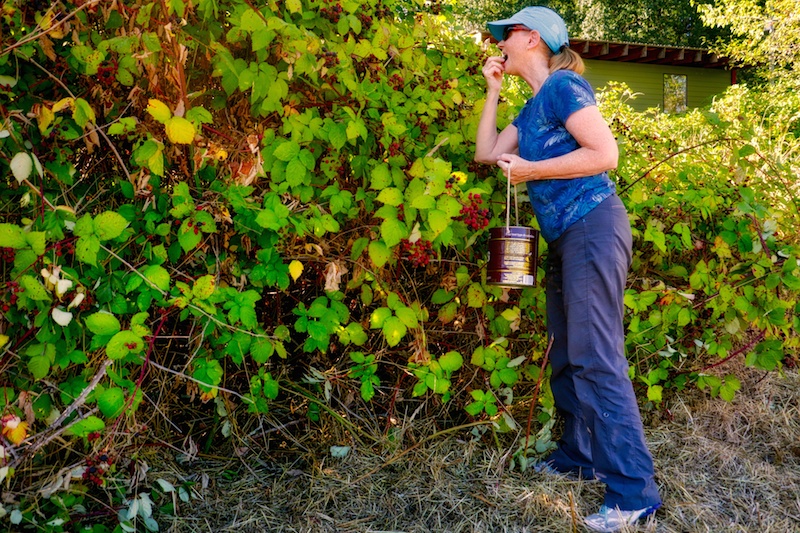 Not all of the berries make it into the bucket!

If you’re so inclined, pick up a bucket of some sort and pick away.  You’ll find giant patches of them in almost any vacant field or along any rural roadway.