Here is some information that any visitor to Victoria will find of interest – just a little background to help you to understand our beautiful city! 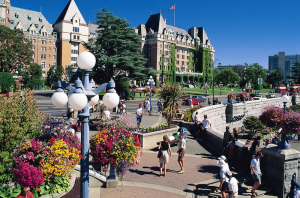 Named after Queen Victoria of the United Kingdom and, at the time, British North America, Victoria is one of the oldest cities in the Pacific Northwest, with British settlement beginning in 1843. The city has retained a large number of its historic buildings, in particular its two most famous landmarks, Legislative buildings (finished in 1897 and home of the Legislative Assembly of British Columbia) and the Empress hotel (opened in 1908). The city’s Chinatown is the second oldest in North America after San Francisco’s. The region’s Coast Salish First Nations peoples established communities in the area long before non-native settlement, possibly several thousand years earlier, which had large populations at the time of European exploration.

Known as the “The Garden City”, Victoria has numerous public & private gardens for the visitor to explore (such as the famous Butchart Gardens) as well as hanging baskets that turn the entire city into a garden!  In addition, Victoria residents take great pride in their personal home-grown gardens and every season (winter included) brings a variety of flowers, shrubs & trees that will delight your senses with just a drive around town! 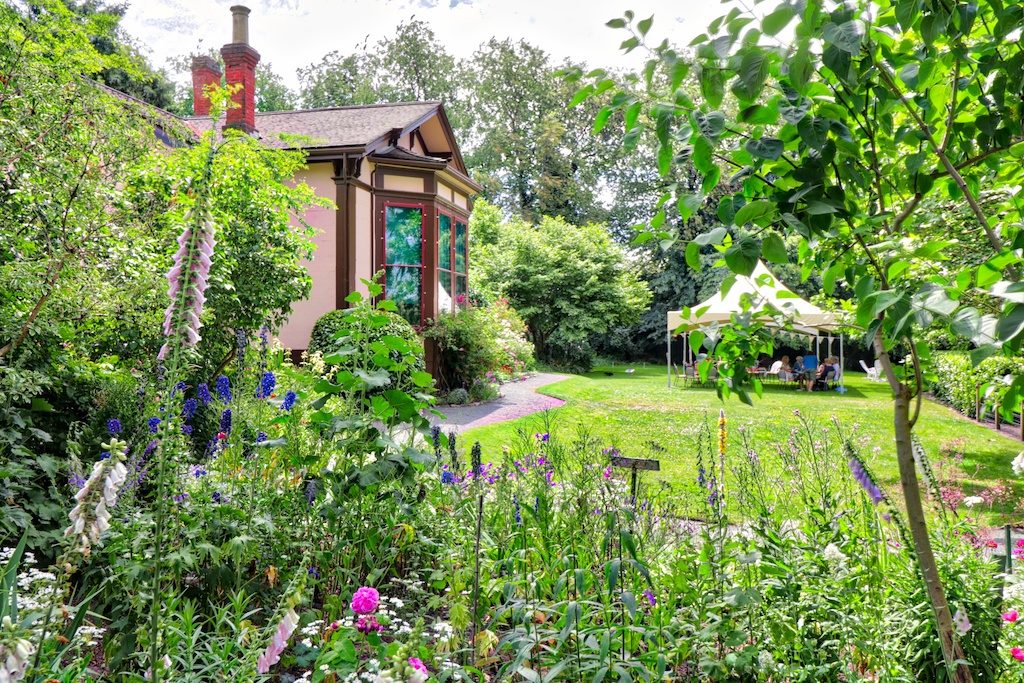 Victoria is the capital of British Columbia so it has a fairly large concentration of civil service jobs.  It also is a very popular tourist destination and is host to not only individual tourists and groups, but to a large number of cruise ships that stop here on the way to Vancouver, Seattle and Alaska as well.  Victoria has also a

thriving technology sector that has risen to be its largest revenue-generating private industry in town.

Victoria is also home to The University of Victoria, Camosun College and various other trade schools.

Victoria has a temperate climate with mild, rainy winters and cool, dry and sunny summers. 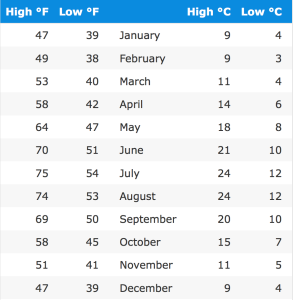 Due to the rain shadow effect of the nearby Olympic Mountains, Victoria is the driest location on the British Columbia coast, with much lower rainfall than other nearby areas. Total annual precipitation is just 608 mm (23.9 in) at the Gonzales weather station in Victoria compared with 1,589 mm (63 in) in Vancouver.

One feature of Victoria’s climate is that it has distinct dry and rainy seasons. Nearly two-thirds of the annual precipitation falls during the four wettest months, November to February. Precipitation in December, the wettest month (109 mm or 4.3 in) is nearly eight times as high as in July, the driest month (14 mm or 0.55 in). Victoria experiences the driest summers in Canada (outside of the extreme northern reaches of the Northwest Territories and Nunavut).

Victoria is very popular with boaters with its beautiful and rugged shorelines and beaches. Victoria is also popular with retirees, who come to enjoy the temperate and usually snow-free climate of the area as well as the usually relaxed pace of the city. 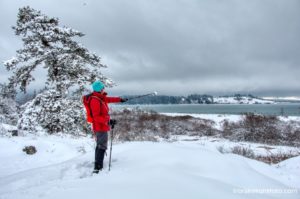 But … it does snow in Victoria!  Not often … and it doesn’t last very long usually … but when it does snow … we can get a lot!

For more detailed information about weather … see our page in ‘basics’ titled Weather.

Kayaking is superb around Victoria

Victoria is also known as the Cycling Capital of Canada, with hundreds of kilometres of 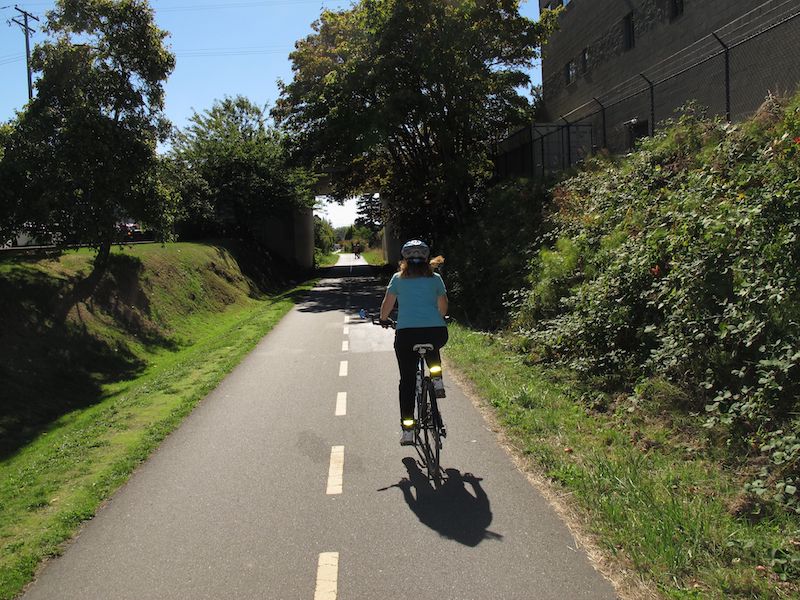 Biking on the Lochside Trail, Victoria, BC

bicycle paths, bike lanes and bike routes in the city, including the Galloping Goose Regional Trail and the Lochside Trail. There are mountain biking trails at Mount Work Regional Park, and Victoria is quickly becoming a bike tourism destination.

If winter activities are your passion … skiing and snowshoeing is only a few hours away at beautiful Mt. Washington which is just outside of Comox, BC.

With it’s temperate weather, Victoria is the perfect place to enjoy year round!  We’ve got it all … vibrant cities, oceans, lakes, mountains and valleys … which gives you endless possiblities to pursue whatever type of vacation in whatever season you desire!