Craigdarroch Castle was completed in 1890 by the coal baron Robert Dunsmuir.  It has 39 rooms and is over 25,000 square feet in size.  The wealth and extravagance of the Dunsmuir family can be seen in the elaborate stone structure, the intricate woodwork, spectacular stained glass and the lavish furnishings. Unfortunatley, Robert Dunsmuir passed away just 17 months before the castle’s completion but his wife, Joan, three of their daughters and two orphaned grandchildren lived on the estate until 1908.

Craigdarroch Castle is believed to have cost as much as $500,000 when it was built, and included granite from British Columbia, Minton tile from the U.K., sandstone from San Francisco, and the wood work prefabricated in Chicago.  When originally constructed Craigdarroch stood in grounds comprising 28 acres (110,000 m2) of a mixture of formal gardens, a few embellishments such as man-made ponds, lawns and the rest (about 26 acres) natural Garry Oak landscapes – all located in Victoria’s Rockland neighbourhood.  You’ll find it just off Fort Street at 1050 Joan Crescent just a short drive or leisurely walk from Victoria’s inner harbour.

The Castle subsequently was used as the Craigdarroch Military Hospital from 1919-1921, the Victoria College from 1921-1946, the Victoria Conservatory of Music from 1969-1979 and subsequently became a museum in 1979, run by a not-for-profit charity, The Craigdarroch Castle Historical Museum Society and is now a Designated National Historic Site.  The Museum Society has done an amazing job restoring most of the castle to it’s original glory and is still in the process of restoration.  A good example is the beautiful hand painted and stenciled ceiling in the Drawing room, which was restored by a fine art conservator who first had to remove five coats of house paint. 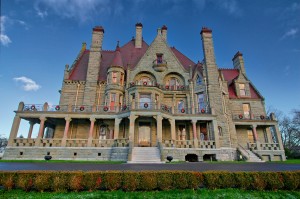 The Craigdarroch Historical Museum Society recently developed a state-of-the-art application that brings to life the colourful occupants of this 39-room Victorian manor!

As part of their admission fee, visitors receive a floor map and a short history to guide them on their tour – those who want to can also (for an additional fee) rent a tablet, which adds another layer of information to their experience.  The iPad application focuses on three major themes in the story of the Castle:  architecture, gender roles and social class, and incorporates authentic voice actors playing he parts of historical figures associated with the Castle.

As visitors progress through the Castle rooms, sounds on the tablet indicate that high-definition images of artifacts, portraits of inhabitants and video segments are available for viewing.  Each story line also has an augmented reality scene whereby period furnishings digitally appear in a bedroom; dancers animate the dance hall and trees and shrubbery indicate what the estate’s original grounds were like. 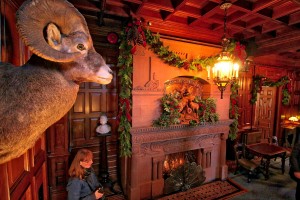 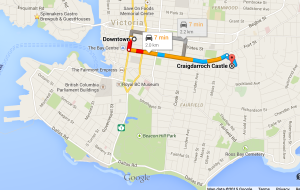 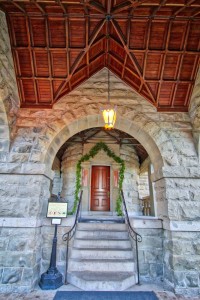 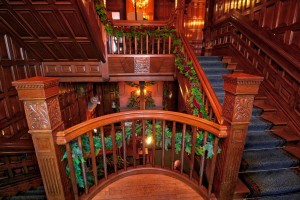 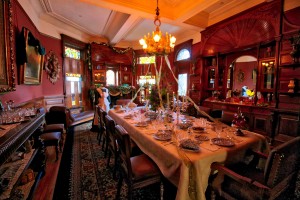 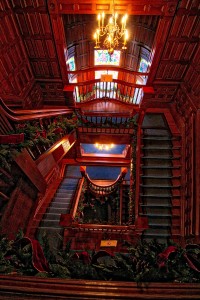 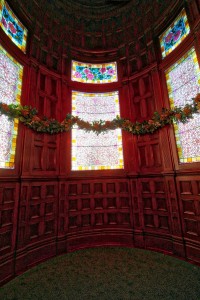 Intricate Stained Glass in in the tower stairwell 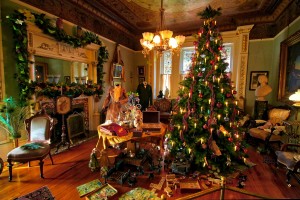 The Drawing Room at Christmas 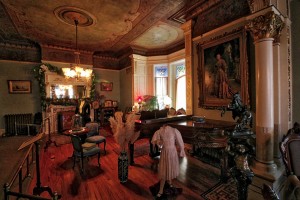 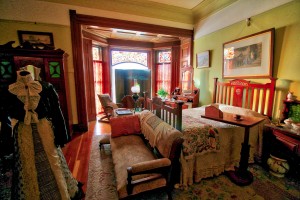 The Master Bedroom – was originally much larger 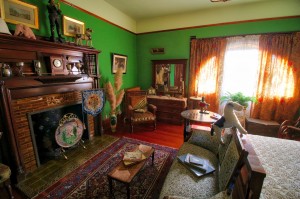 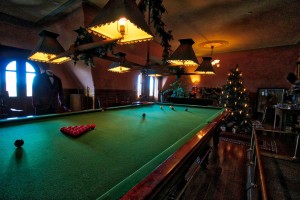 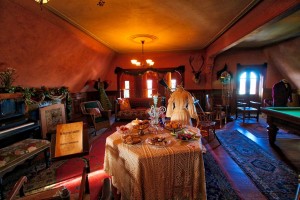 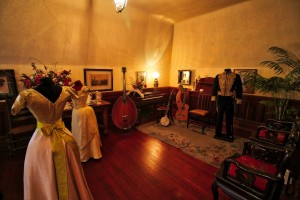 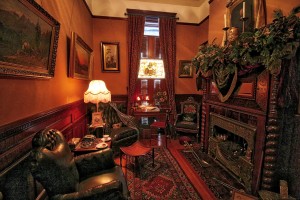