Ross Bay Cemetery is located at 1516 Fairfield Road. Many historical figures from the early days of the province and colony of British Columbia are buried at Ross Bay.  It’s a beautiful setting and a great place to wander around and look at all the headstones and see if you can find some of the figures mentioned below! 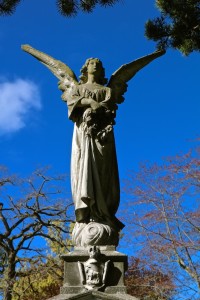 The cemetery was opened in 1873. The 27.5 acre (111,000 m²) cemetery is part of a public park and its south side faces Ross Bay on the Pacific Ocean. It is named after its owner, Isabella Mainville Ross, the first registered independent woman landowner in British Columbia. Isabella was also Indigenous, an Anishinaabe and French Métis woman, which makes her accomplishment even more remarkable. Her Métis son, Alexander Ross, was buried in the cemetery in 1876. His grave marker is the only known original marker left in possession of the Old Cemeteries Society. The old wooden marker is still used as a model for heritage markers. Isabella Ross was buried across the path from Alexander in 1885. In 1994, the Old Cemeteries Society marked Isabella’s grave with a heritage marker, styled after the one she chose for Alexander.

In 1911, a sea wall had to be constructed because of the severe erosion that occurred as a result of the relentless pounding of the ocean’s waves. During the 1930s, the City began planting a large number of trees and today the cemetery is quite different from the original that was mainly barren ground. 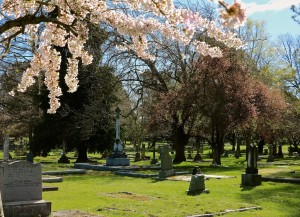 from the early elite. Because the city of Victoria is the capital of the province of British Columbia, until the second quarter of the 20th century when improved ferry service and air travel made mobility to and from the island much easier, most senior politicians made Victoria their permanent home. As such, Ross Bay Cemetery is the burial site for many of the province’s premiers.

Although the Ross Bay Cemetery had long been considered full, the City of Victoria discovered approximately 270 unused plots in the cemetery in the late 1990s. Through a lottery process the City of Victoria sold seven of these plots in April 2004, and an additional 65 plots in February 2007. The money raised through the plot sales was used to fund refurbishment work at the Ross Bay Cemetery. 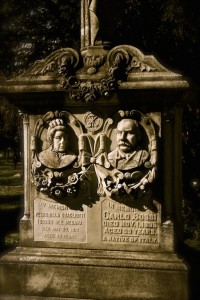 There are some meandering roads that you can drive on … but I strongly suggest you take the time and park on one of the roads bordering or near the cemetery as there’s no parking inside.  And you MUST walk around and look at the beautiful and historic graves and tombstones.  A delight for photographer’s & history buff’s alike – as well as a perfect place for a peaceful stroll.  Many benches line the pathways for peaceful contemplation.

**Note:  A city bylaw prohibits entry to Ross Bay Cemetery after dusk. Daylight visits are welcome, but as vandalism has been a major concern in the past, this bylaw helps reduce vandalism.

If you like, there are guided walks through the cemetery as well.  Check out these:  Old Cemetery Society of Victoria,