LOST AIRMEN OF THE EMPIRE MEMORIAL

Home/Biking, Memorials, Museums, WHAT TO DO/LOST AIRMEN OF THE EMPIRE MEMORIAL

LOST AIRMEN OF THE EMPIRE MEMORIAL

Lost Airmen of the Empire Memorial

The “Lost Airmen of the Empire” memorial commemorates and acknowledges the contributions and sacrifices of the 179 people who perished while posted to or were working at the Royal Canadian Air Force Station Patricia Bay during World War II. The memorial is located on Hospital Hill on the north side of the Victoria International Airport on Mills Road in North Saanich, BC. 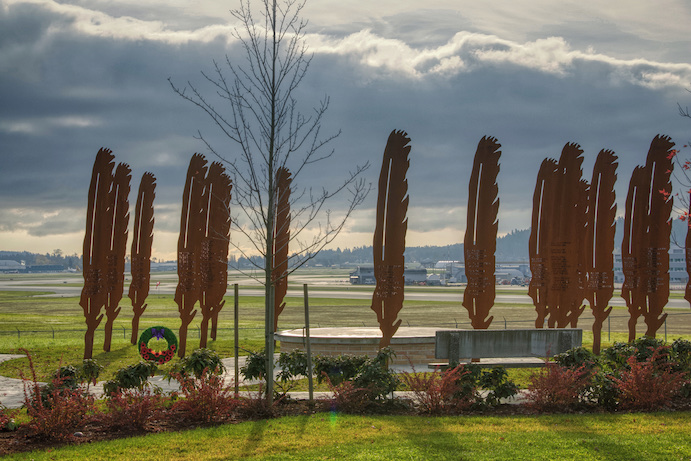 The main features of this memorial are the 25 – 12 foot/3.66 meter high Corten Steel Cooper’s Hawk Feathers. (Corten steel rusts permanently and seals itself so the feathers will always have a rusty red look). The Cooper’s Hawk is a predator known for its extraordinary agility in flight and ferocity in hunting.  The names of the lost airmen are cut into the steel. According to Illarion Gallant of Rusnak Gallant Ltd, the creator of the memorial, the feathers are arranged in a military matrix with some removed, representing the randomness and divergent accident locations over South Vancouver Island. The original hospital gates still remain, welcoming visitors into the memorial and at the centre of the memorial is a seating area created from around 1000 bricks salvaged from the previously demolished hospital administration building. The pathway into the memorial is lined with red maples. 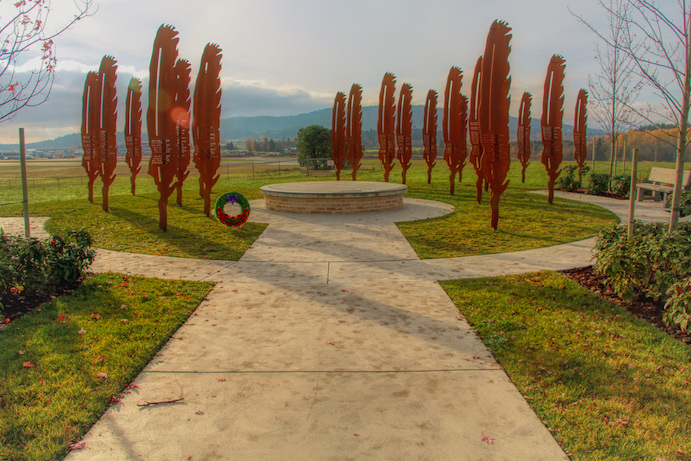 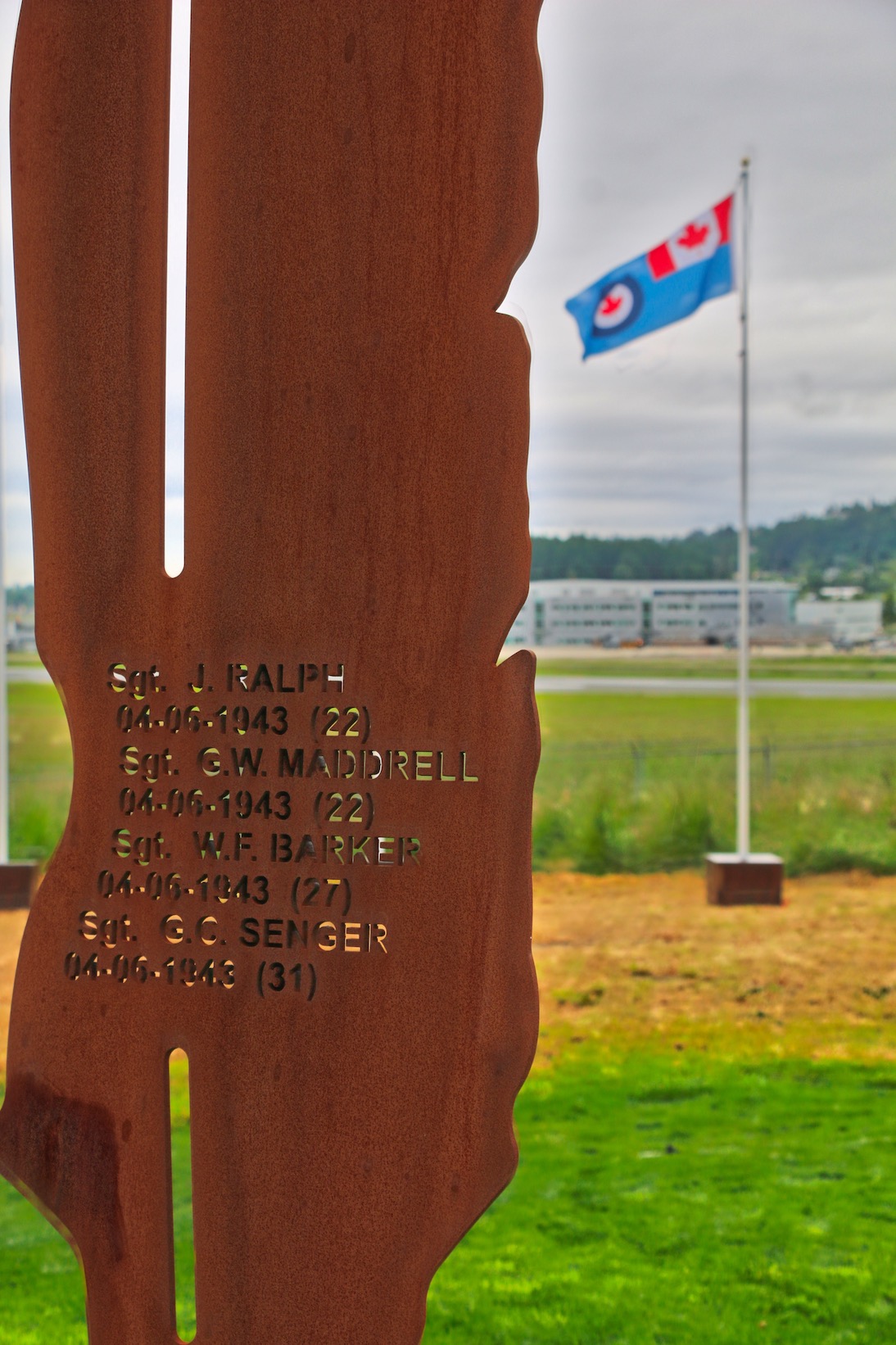 The Pat Bay Air Station was initially created for the Commonwealth Air Training Plan, but there were eventually three separate camps using the Pat Bay facilities;

The Patricia Bay facility was the third largest station in Canada in its early days and approximately 10,000 personnel passed it. At any one time 3,500 individuals would be enrolled in the training programs. This was the last step in their training before graduates were posted directly to operational squadrons. 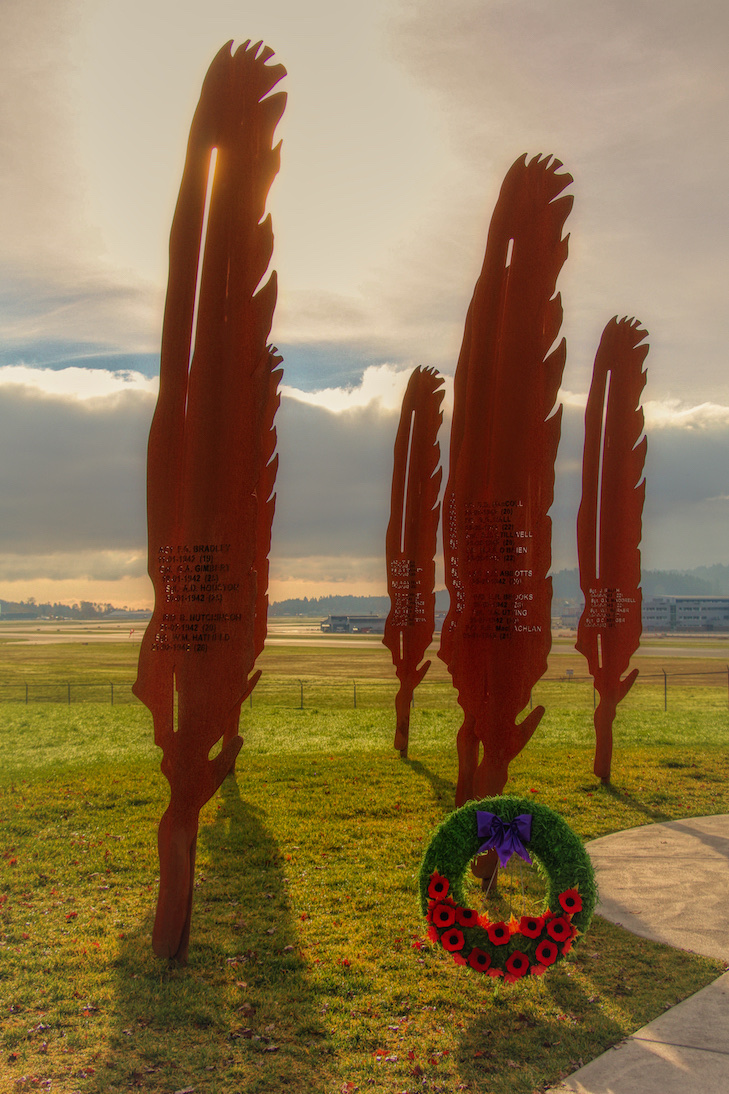 The dedication ceremony for the memorial occurred on June 1, 2017 and over 300 people gathered to witness the event including many war time veterans. The ceremony was complemented by the sounds of a ceremonial military band complete with bagpipes and drums and a fly past of both modern and past material aircraft including a PBY Catalina, which actually served at Pat Bay during the war. The commemoration provided a moving tribute to those who gave their lives while involved with military training on Vancouver Island during the Second World War. 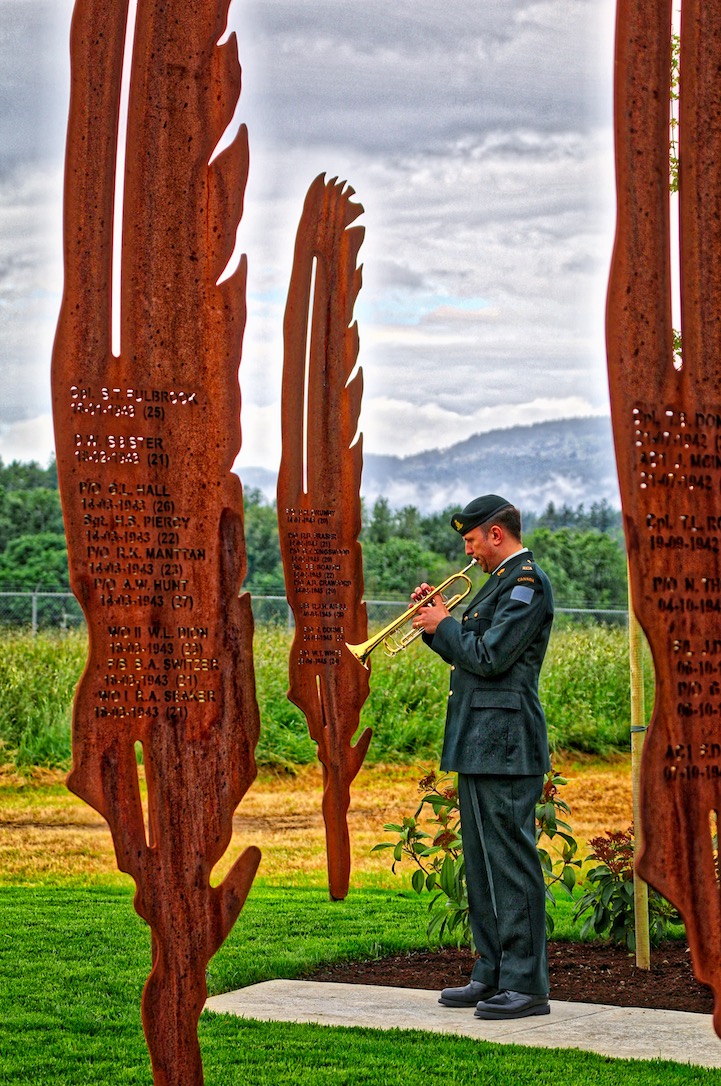 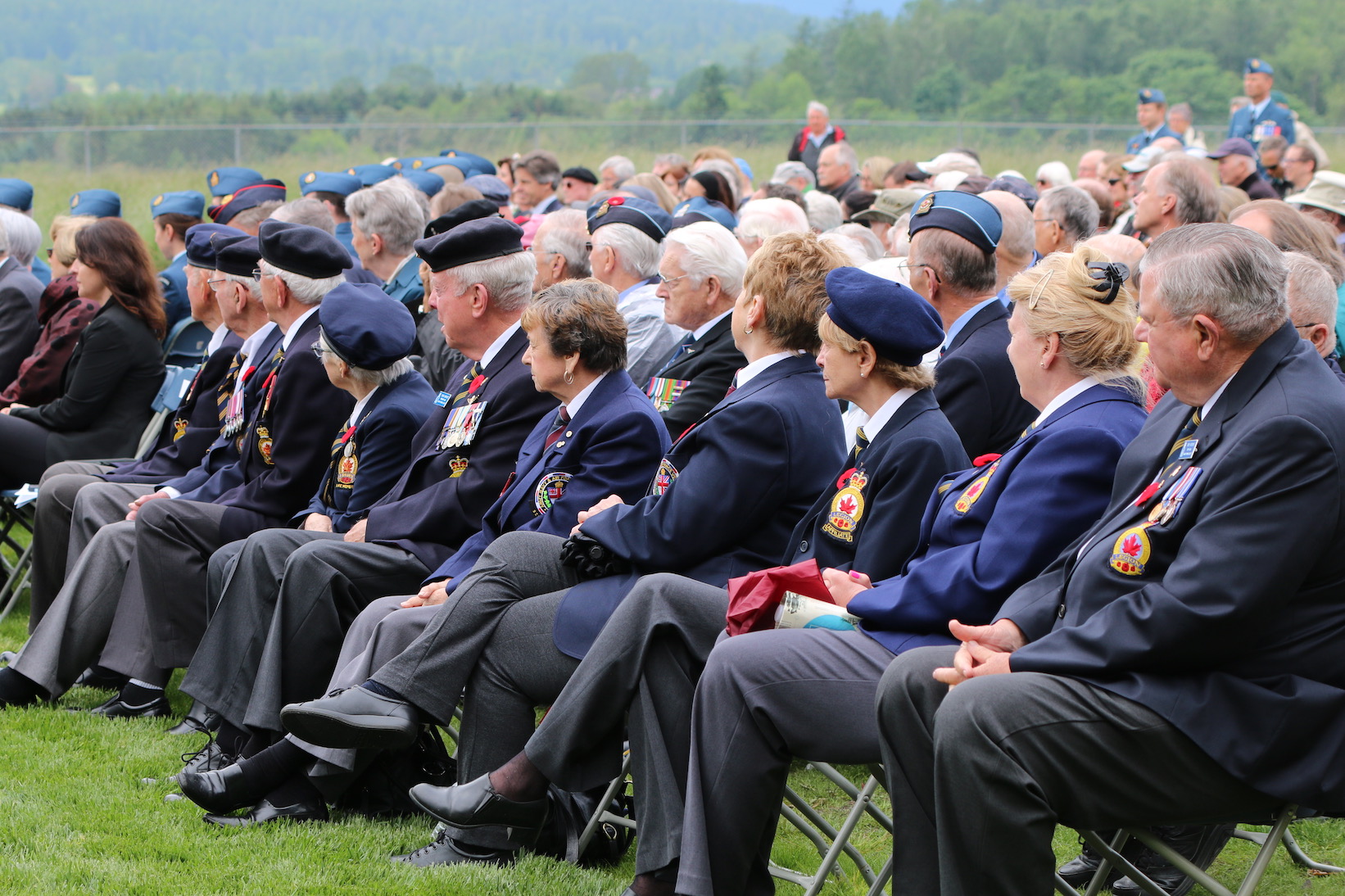 Veterans at the Dedication Ceremony 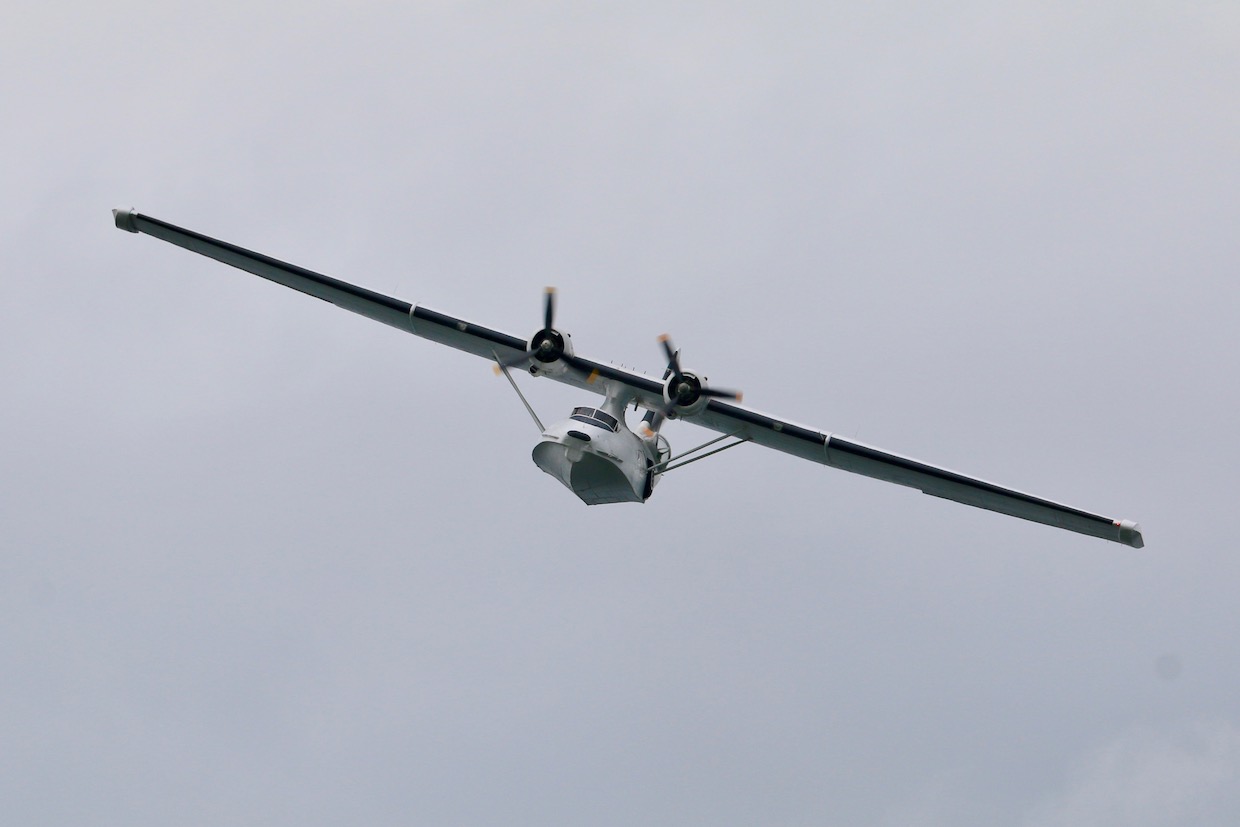 Canso Fly Past during the Memorial Dedication Ceremony 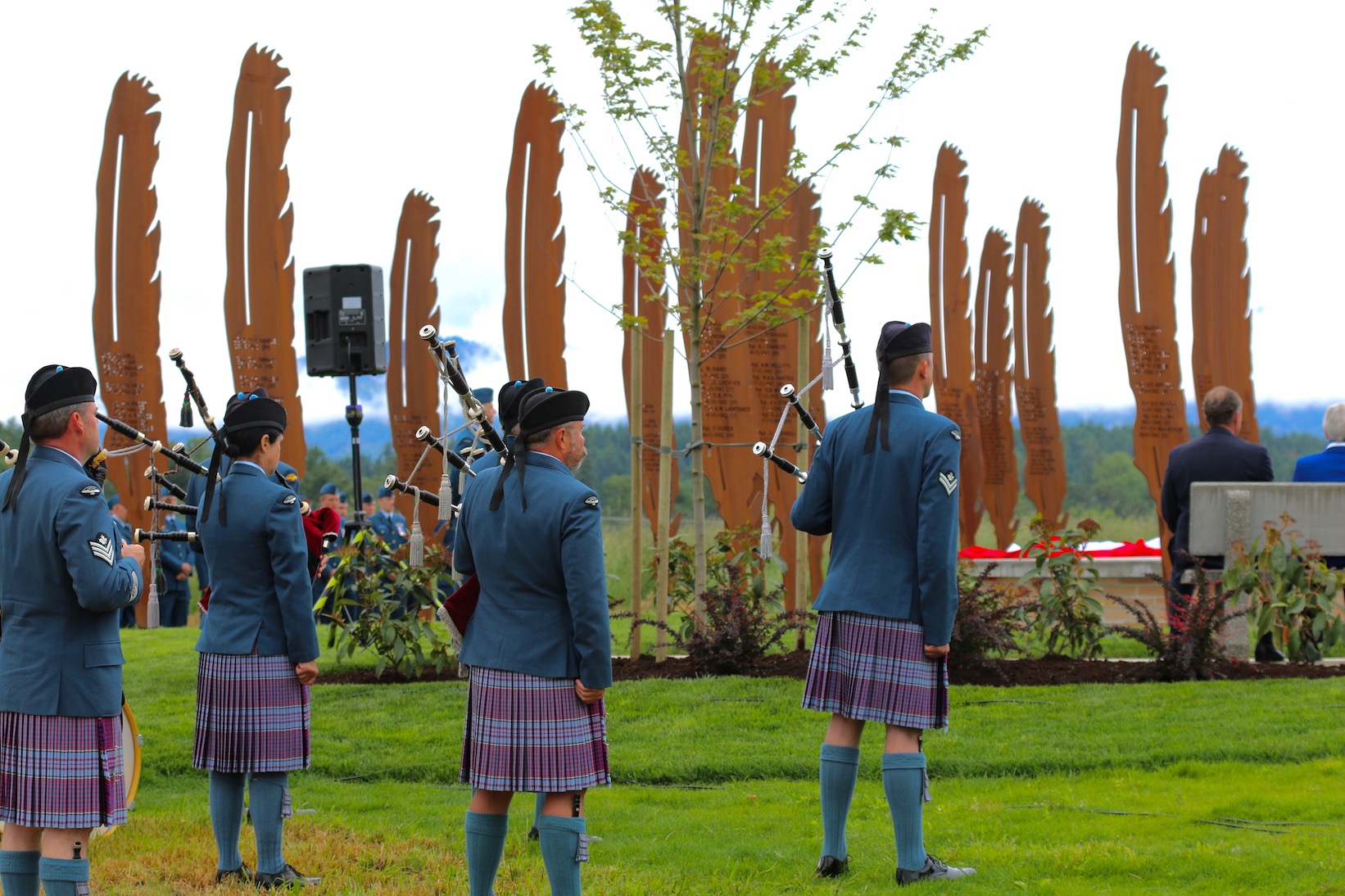 More Images of the ‘Lost Airmen of the Empire’ Memorial