Port Renfrew is a Beautiful Drive and an Easy Day Trip

Port Renfrew is situated near the entrance to the Juan de Fuca Strait and as such allows you to experience full exposure of the west coast.  Once a logging village it is now a tourist destination surrounded by ancient rain forests and ocean.  The wilderness surround Port Renfrew brings visitors from around the world to look at Canada’s tallest and largest Douglas Firs, Cedars, and Spruce Trees and the incredible tidal pools of Botanical Beach.  The area offers unlimited hiking and recreational activities like camping, fishing, paddling, surfing and beach exploration.   Port Renfrew is the southern entrance to the Pacific Rim National Park and the world renown The West Coast Trail, formerly a shipwreck life saving trail, and the western entrance of the Juan de Fuca Marine Trail.

Port Renfrew is a 109 km (68 miles) drive from Victoria on the West Coast Road and takes roughly 2 hours. This delightful winding drive follows the coast most of the way to Port Renfrew and has some spectacular views and many things to see and do. Check out our post on the ‘Pacific Marine Circle Drive’  for more information on this beautiful drive. 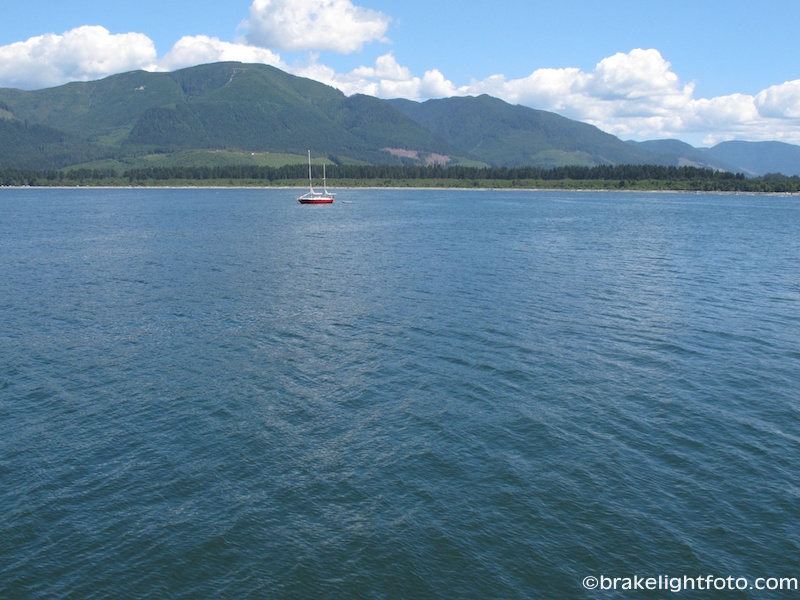 Botanical Beach itself is one of the most amazing places on the West Coast, particularly at low tide. With rich unique tidal pools carved out of the sandstone and granite outcroppings and a shoreline full of life, Botanical Beach offers one of the best opportunities to view intertidal marine creatures and plants on Vancouver Island. The extensive variety of marine flora and fauna in this colourful intertidal zone includes red, purple and orange starfish and sea urchins, white goose neck barnacles, blue mussels and green sea anemones and sea cucumbers. Coralline algae, periwinkles, chitons and sea stars. The region is so biologically significant that the University of Minnesota installed the first marine research station in the Pacific Northwest at Botanical Beach in 1901. Since then, the area has been used for research by a number of universities in BC and Washington. However, the impact of human activity on the intertidal area is of growing concern. When visiting please look in the tide pools only. Don’t touch, remove or disturb any tide pool life including shells, plants, fauna, kelp, etc. – they are all part of a vulnerable ecosystem that Botanical Beach was established to protect. Even touching the water in a tide pool with sunscreen on your hands can create an “oil slick” that could kill the vulnerable creatures in this sensitive ecosystem. The area is a protected zone, so please take nothing but photographs from Botanical Beach.

If you are planning a trip to Botanical Beach, a low tide of 1.2 metres or less is best for viewing the tide pools. Use the Canadian Tide Tables “Port Renfrew” section. Remember to add one hour to the listed tidal times during March to November as Daylight Savings Time is in effect. 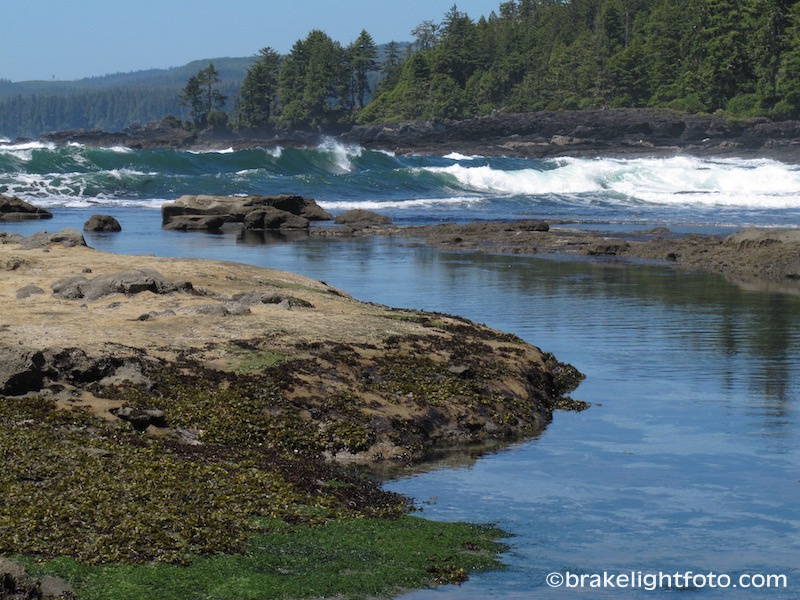 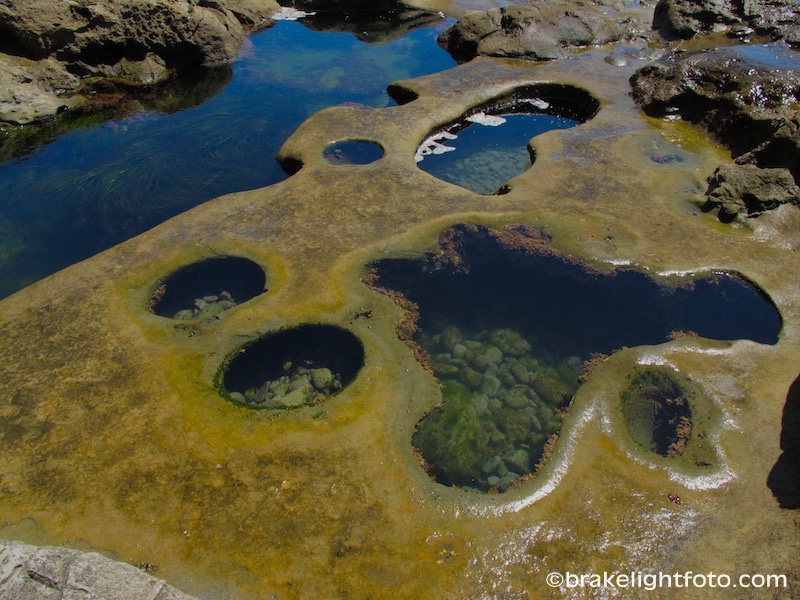 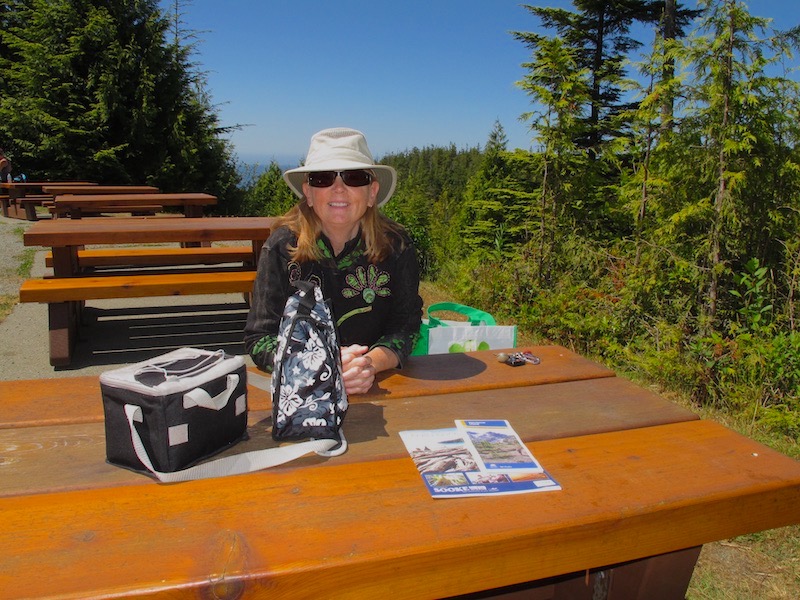 The West Coast Trail is part of the Pacific Rim National Park and trail winds along the wild and remote west coast of Vancouver Island through hemlock, cedar, and spruce forests, up over cliffs, beaches and sandstone ledges and crosses suspension bridges over rivers and streams. The trail follows an old telegraph route that once connected Victoria with Cape Beale near Bamfield, but it was also used as a rescue route for survivors of coastal shipwrecks. For more information on planning a trip on this epic trail click this link:  Pacific Rim National Park – West Coast Trail

Avatar Grove was first identified by the Ancient Forest Alliance in December of 2009.  This spectacular section of old growth rain forest is within the traditional territory of the Pacheedaht First Nation and has recently been declared off limits to logging. Avatar Grove is also home to “Canada’s Gnarliest Tree”.  This mammoth cedar will be certain to impress!  For more information and pictures of this amazing forest, see our post at this link:  Avatar Grove 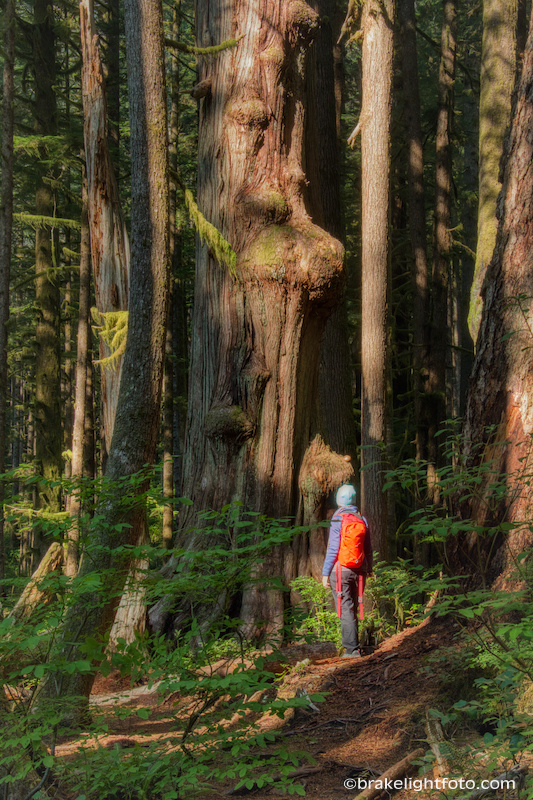 The San Juan and Gordon Rivers converge at the foot of Port San Grey estuary in San Juan Bay. This area has the ideal conditions for vegetation to grow rampantly and as result,  the San Juan Valley has deep rich soils, perfect for growing trees like the giant Red Creek Fir. The Red Creek Fir is said to be Canada’s largest standing Fir Tree, and is estimated to be 750 years to 1,000 years old standing  73.8 m (242’) tall with a Circumference of 12.55 m (41’2”)!   Located 2.5 km outside of Port Renfrew, the Red Creek fir is accessible by four wheel drive only.

Carmanah Walbran Provincial Park is an amazing preserve of old growth rainforest that is without a doubt one of the most remarkable wild places on Vancouver Island. The park is home to the world’s tallest Sitka Spruce, the Carmanah Giant, at 95m (315 ft) and some of the world’s largest spruce trees, some living for 800 years or more. The park is also home to ancient, gnarled cedars also estimated to be well over 1,000 years old. The park offers protection to a diverse range of forest ecosystems including a large Sitka Spruce ecosystem and represents 2% of BC’s remaining old-growth forest.

Access to the park is 20 km north of Port Renfrew.

This hiking area stretches along 47 kilometres of wild and beautiful rainforest coastline, situated between Port Renfrew at the west end and Jordan River at the east end. West Coast rain forests with giant cedars and beautiful sand and cobble beaches are two of the many features one will encounter on this unforgettable hiking trail. 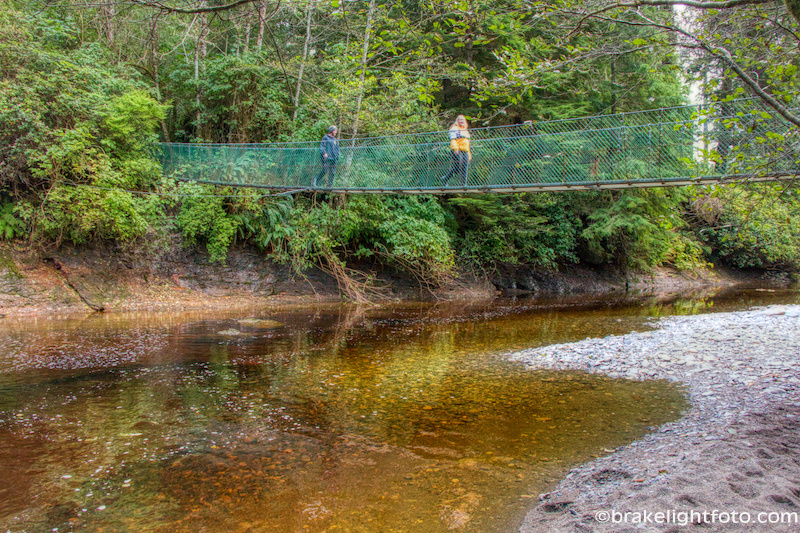 Port Renfrew offers world-class salt water fishing for salmon, halibut, crab, ling cod, red snapper, and a variety of bottom fish. Port Renfrew’s fishing, in particular the nearby Swiftsure Bank, is considered by many to be BC’s best kept secret. Learn more about salt water fishing opportunities in Port Renfrew at FishingPortRenfrew.ca, including information on species, seasons, and locations.

Port Renfrew is located in San Juan Harbour, home to two surf  breaks, both breaking at the rivermouths along the beaches to the north-west of town. When the big south-west swells arrive, these can deliver some excellent waves … but a good wetsuit is required year-round!  While not as common, windsurfing can also be done in the bay … summer is consistently windy in the afternoons.

The San Juan and Gordon Rivers offer miles and miles of kayaking and canoeing … including some white water kayaking for the adventurers. Contact Trailhead Resort for more information on kayaking opportunities.

Fairy Lake and Lizard Lake are two nearby swimming lakes, approximately 5km and 10km from Port Renfrew along the Gordon Main Road (towards Lake Cowichan). When the summer fog rolls in and the beach is chilly, it is not uncommon to find after the short run inland it is 10-15 degrees (Celsius) warmer … beach weather! Locals and visitors alike enjoy the summer swimming. And yes, you can even search for lizards in Lizard Lake! (actually red bellied newts). 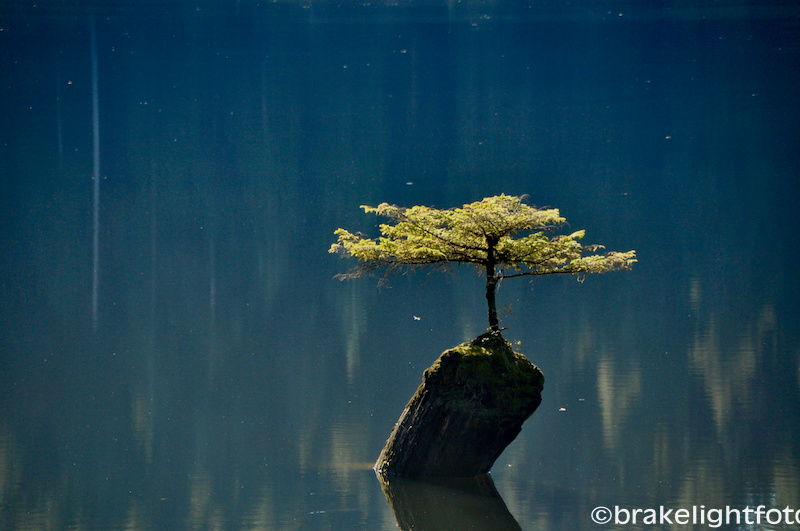 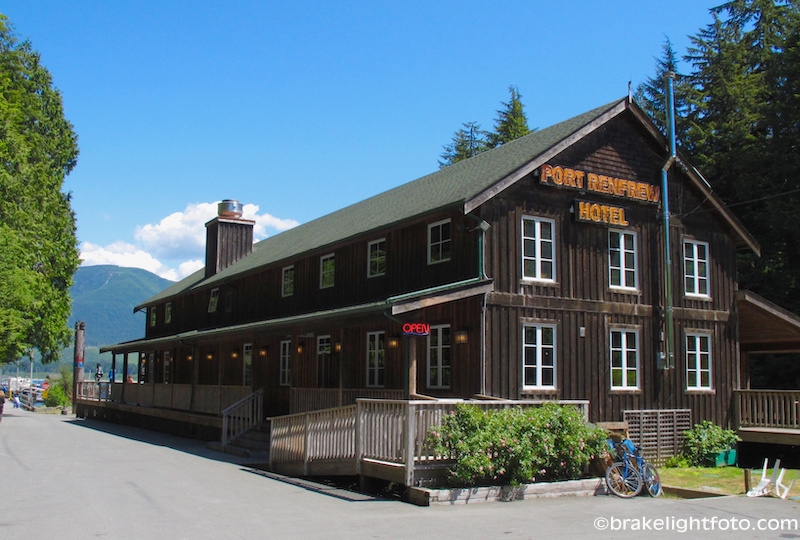 There are many options if you want to spend a day … or longer in the area.  Click HERE for a listings.

Another way to visit Port Renfrew is via the ‘Pacific Marine Circle Route’ …  going one way out and the other way back.  This makes the trip a grand total of approx. 266kms.  The roads have been much improved in the last few years and it makes a nice (although slightly longer) drive! Click the link to check out more information on the beautiful drive.