WALKING AROUND DOWNTOWN VICTORIA, BC

Home/BUDGET/FREE ACTIVITIES, Hiking/Walking Trails in Victoria, WHAT TO DO/WALKING AROUND DOWNTOWN VICTORIA, BC

WALKING AROUND DOWNTOWN VICTORIA, BC

Victoria is a great place for walking.

Long walks or short … there is something for everyone!

These are some suggestions for leisurely strolls in/around downtown.  Please see post under ‘further afield for more walks/hikes/trails out-of-town.  All of these walks are level and paved – all suitable for wheelchair. 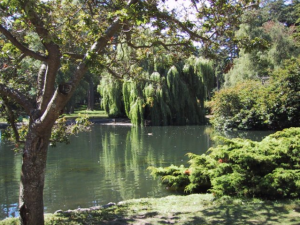 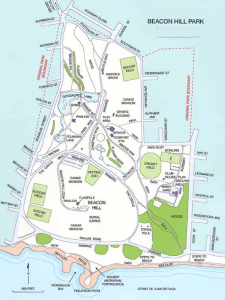 2.  Dallas Road waterfront.  A pleasant walk along the waterfront with a cafe 1/2 way along for a 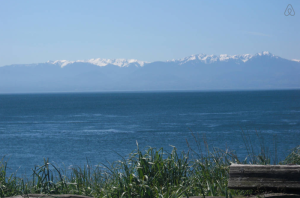 coffee or lunch (Breakwater Cafe & Bistro).  Beautiful views of the Olympic Peninsula and mountains across the Strait of Juan de Fuca.  Also a popular dog walking area.  Walk out onto the Ogden Pt. breakwater – and be sure to check out the sundial.

In July 2009 an interactive analemmatic sundial was installed on the pathway between Dallas Road and the breakwater at Ogden Point adjacent to the Victoria Pilot Station ((211 Dallas Road, V8V 1A1 – 48° 24.91N 123° 23.05W)). The 18-foot-wide sundial has one unique feature. It does not have a fixed gnomon as most sundials do, but uses the viewer as the gnomon. It also has brass Roman numerals and instructions to show users where to stand at various times of the year to ensure their shadow (it does need to be sunny) correctly indicates the time of day.

It is estimated more than 500,000 pedestrians walk over the sundial each year!

The sundial was designed and developed by local resident, Andrei Golovkine and Dr. Dmitry Monin. The sundial qualified as a BC 150 Legacy projected by Provincial Capital Commission of British Columbia. These projects celebrated British Columbia’s 150th anniversary in 2008.

Andrei Golovkine had previously worked with the Provincial Capital Commission in designing and developing the clock tour on the Tourism Victoria building at 812 Wharf Street.

The project was financially supported by the Provincial Capital Commission, the Ogden Point Enhancement Society, the Greater Victoria Harbour Authority and other community sponsors. 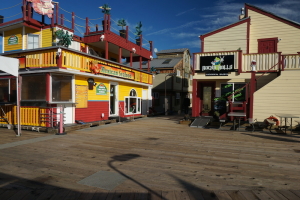 3.  From downtown to Fisherman’s Wharf  –  this walk runs along the water from the inner harbour/causeway past Shoal Point.  Nice views looking back at downtown or across the harbour.  Lots of coffee shops/restaurants along the way as you’re strolling!

4.  Government Street – and shopping district.  There is lots of walking/shopping/window shopping all over downtown Victoria.

4.  Westsong (West Bay) Walkway.  If you start at the Empress Hotel (and facing toward the 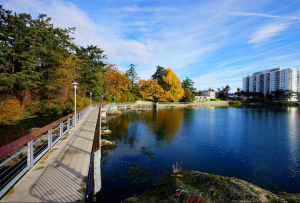 water), go right along the upper causeway and keep left onto Wharf St., then left again and across the Johnson St. bridge (blue bridge).  Stay left and walk down towards the water.  The paved path winds along the water and leads past the Ocean Pt. hotel, a number of condo’s and through some wooded areas.  Great views along the way, looking back at the city.  Stop at Spinnaker’s Gastro Brewpub for a leisurely lunch or dinner (about a 20 minute +/- walk from downtown) then continue on to the end in west bay where you’ll see a community of interesting houseboats (it’s about another 20 minutes from Spinnakers to the end).