A Winter Paddle in Victoria

A Winter Paddle in Victoria

One thing we truly love about Victoria are the mild winters. In late February, leaves in the undergrowth are beginning to bud, blossoms and flowers are blooming, the scent of the Indian Plum blossoms can be intoxicating. Don’t get me wrong, we can get our fair share of foul weather and this year we have had more than our fair share of rain and wind. However, if you pick the right day it can be truly amazing and that is exactly what my good friend Brian Henry of Ocean River Adventures and I did one late February weekend when we decided grab our kayaks and head off for a paddle.

With temperatures around 9-10° C or 48-50° F and winds predicted to be light we decided to set off on a circumnavigation of Discovery Island which lies a short distance off the southeast coast of Victoria. Discovery Island is half Provincial Marine Park and half Songhees First Nations Reserve land. Right beside Discovery are the Chatham Islands, also part of the Songhees reserve lands. While you can’t land on the reserve lands there is some fantastic paddling around and through this beautiful archipelago.

Discovery Island was named after Captain George Vancouver’s ship, the HMS Discovery which he used to navigate the coastline of British Columbia between 1792 and 1794. The lighthouse found at the eastern end of Discovery Island on Sea Bird Point, marks the junction of Haro Strait and the Juan De Fuca Straits and was built in 1886 and manned for 110 years before being fully automated in 1996. It is now, unfortunately, showing the signs of neglect that comes from not having a full time keeper. The lighthouse is located on Sea Bird Point, which was named after an American paddle steamer that caught fire and was run aground here in 1858. 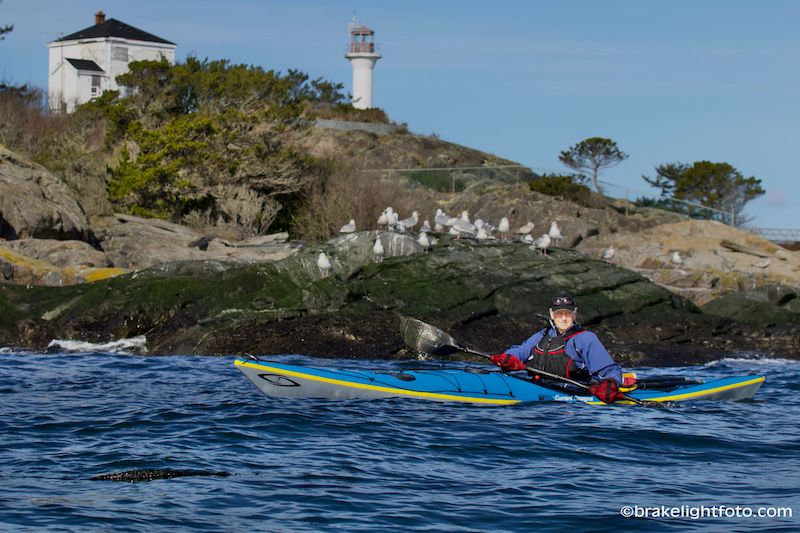 This beautiful provincial marine park located here offers campsites in an open field facing south toward the Juan De Fuca Straits and the Olympic Peninsula. While only a short distance from Victoria (roughly 5 kms or 3 miles), it feels like a true west coast wilderness experience. Basic park facilities include a pit toilet, information shelter and picnic tables. The island has no potable water. Open fires on the upland and foreshore are not permitted, and a self-registered camping fee (May 1 – September 30) is payable on an honour system into a self-registration vault at the information shelter. Discovery Island Marine Provincial Park is open year round. During the off-season there are no fee or services. 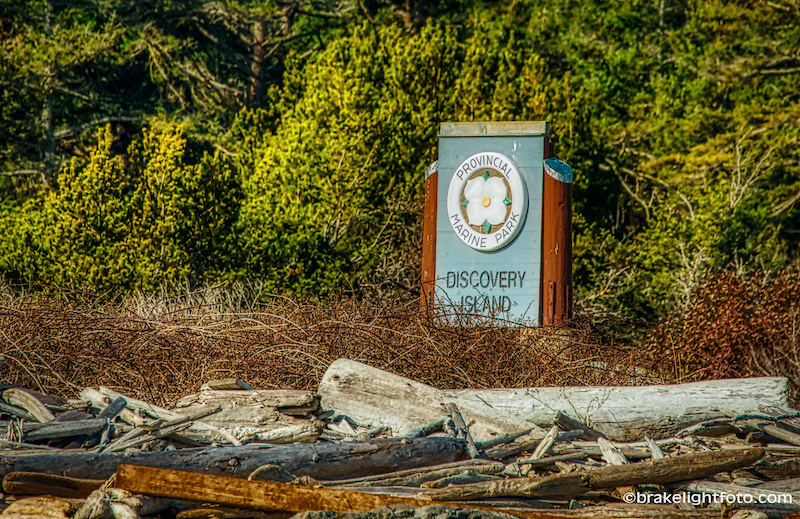 There is an incredible amount of wildlife to be seen around Discovery. The intertidal zone is filled with kelp beds, crabs, sea urchins, sea stars and more. There is a great variety of birds including eagles, peregrine falcons, glaucous-winged gulls, pelagic cormorants, harlequin ducks, pigeon guillemots and black oyster catchers and many more. There are lots and lots of harbour seals, either swimming around or sunning themselves on the many exposed rocks. In the winter there is small colony of sea lions just off Sea Bird point an if you’re very lucky you will sometimes get treated to the sight of dolphins, porpoises or whales! Up until recently there was even a wolf living on Discovery. 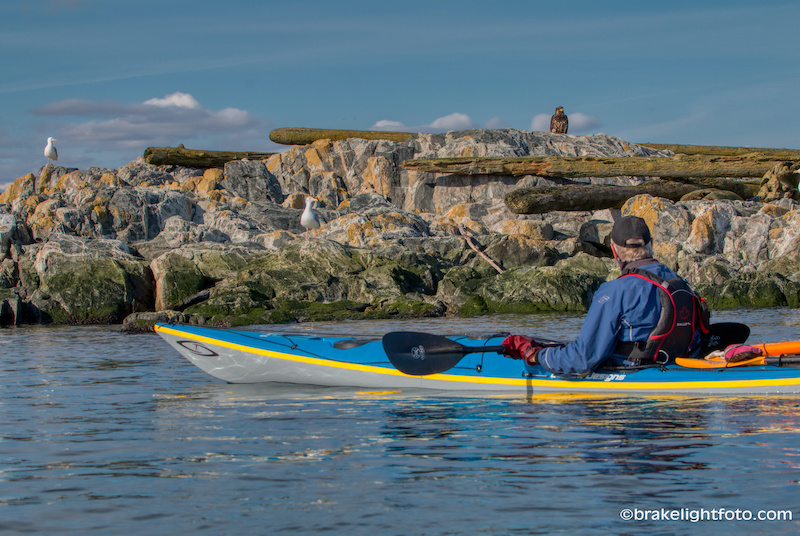 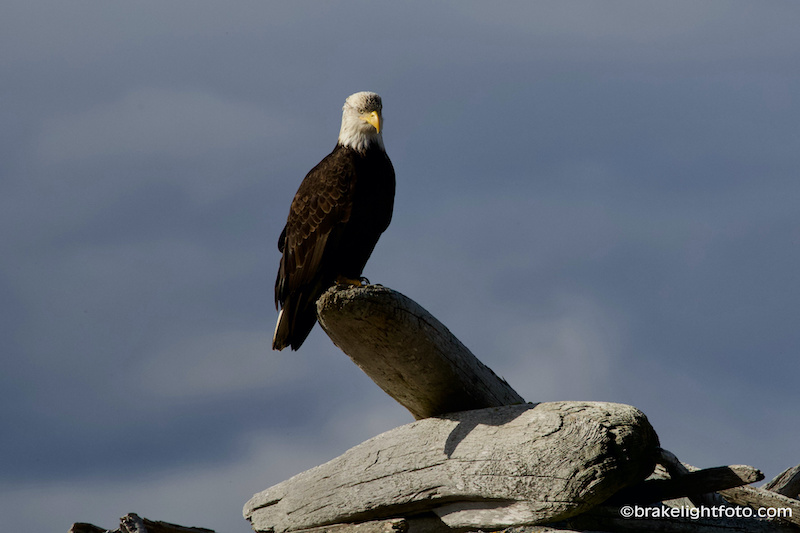 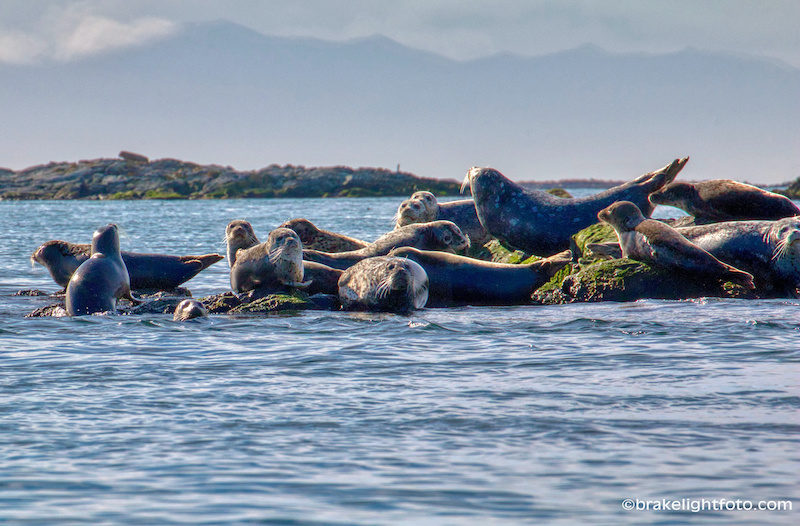 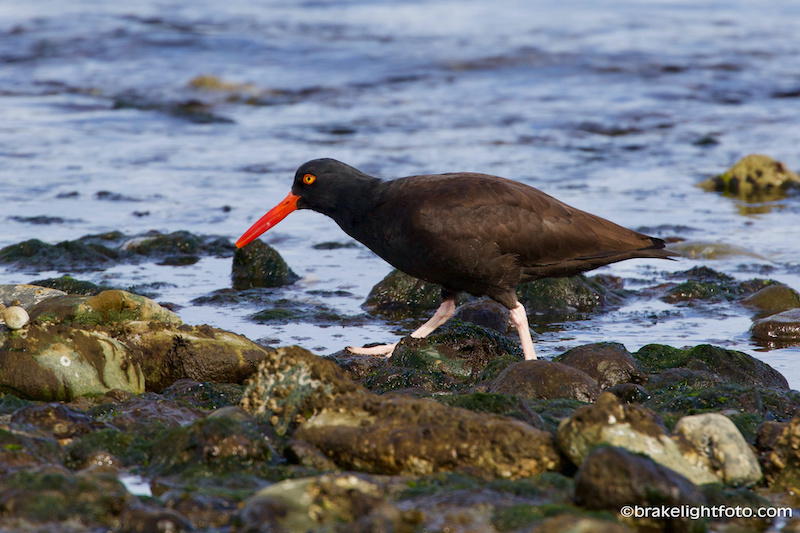 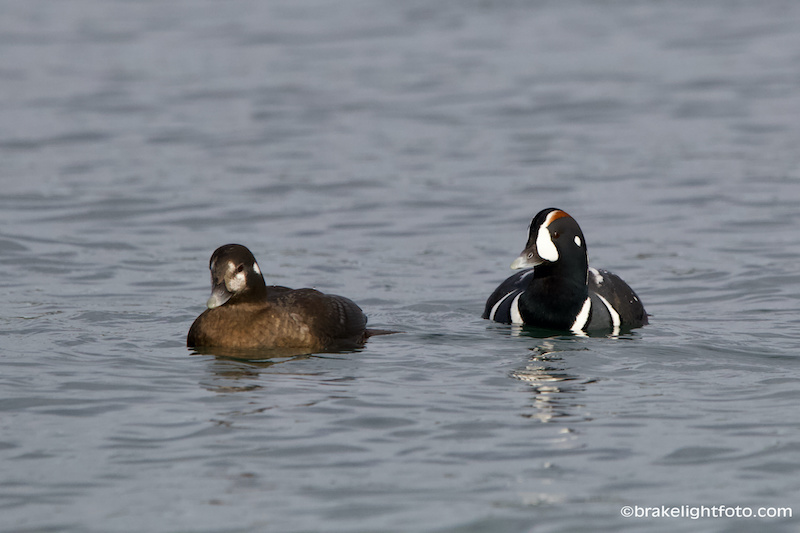 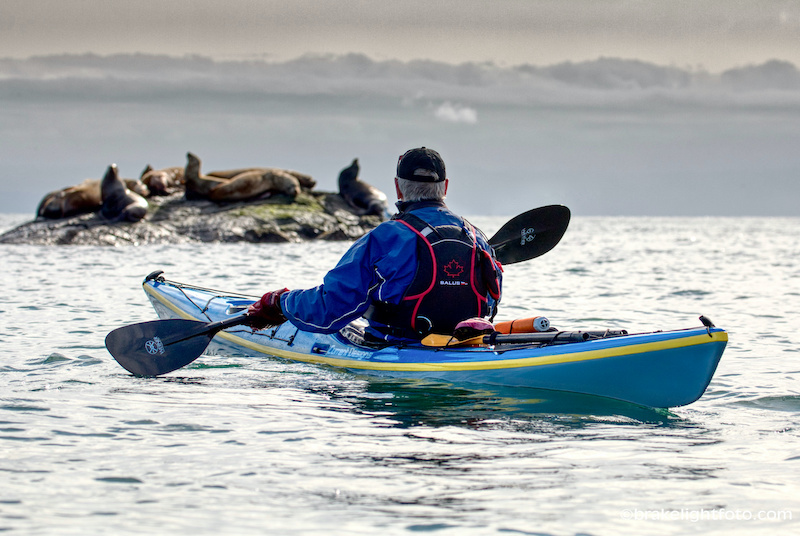 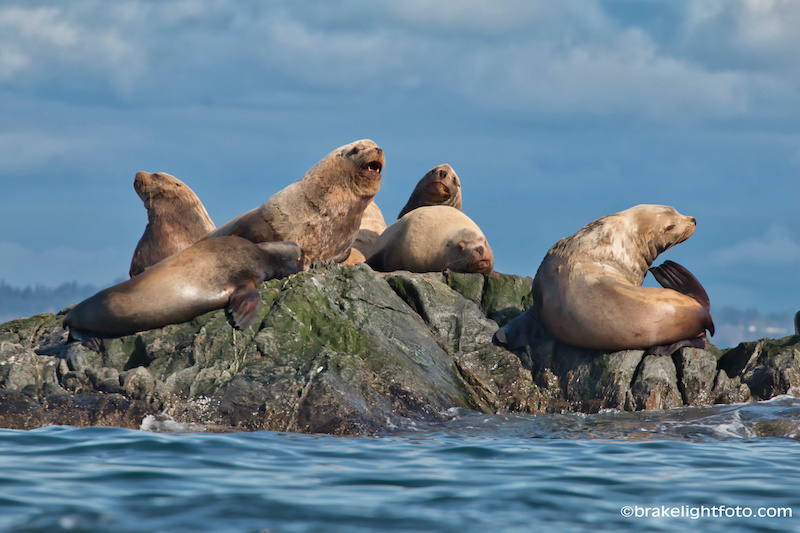 A paddling trip to Discovery Island is not for beginners as the waters can be treacherous. A trip here requires a good understanding of currents, wind conditions and how the two interact. Currents of 3-6 knots can be found in Plumper Passage and Baynes Channel which are considered very strong, especially from the point of view of a paddler. There are a few places you can depart from including Ten Mile Point, Cadbury Bay, Cattle Point, and Willows Beach. One of the more popular departures is from the Oak Bay Marina which Brian and I chose. This route takes you through the Great Chain Islets (an ecological reserve- no landing is permitted) which is not only a very interesting route because of the myriad islets and wildlife, but you are always crossing currents on the way to Discovery which is generally preferable when paddling.  For more detailed instructions on paddling to Discovery Island, click this link:  Paddling to Discovery Island 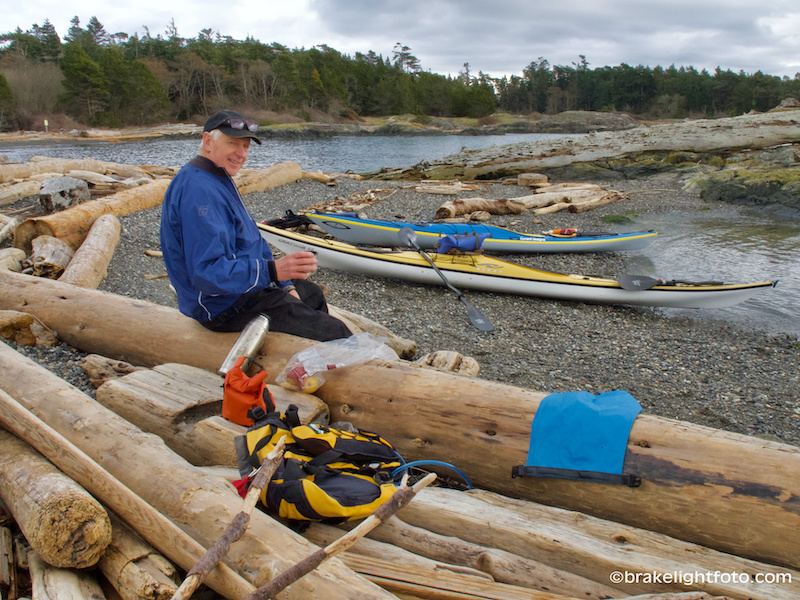 Brian at our lunch stop on Discovery Island

If you are coming to Victoria for a visit or if you live here and have never had a chance to get out to these spectacular islands, take the opportunity. If you have the paddling skills but not the equipment, you can rent kayaks at Ocean River Adventures. If you don’t have the skills or the confidence to head out on your own, you can book a trip on Ocean River’s ‘Discovery Shuttle’. From the beginning of June to the end of the first week of September, they will take you over to Discovery Island in their 30’ landing craft loaded with kayaks and they will guide you through the heart of the islands pointing out points of interest and wildlife. You’ll  stop for lunch on one of Discoveries beautiful beaches and then go for a hike across this amazing island.

If you decide to book a tour with Ocean River Adventures, use this coupon code for a 5% discount on your tour:  VISITORVIC 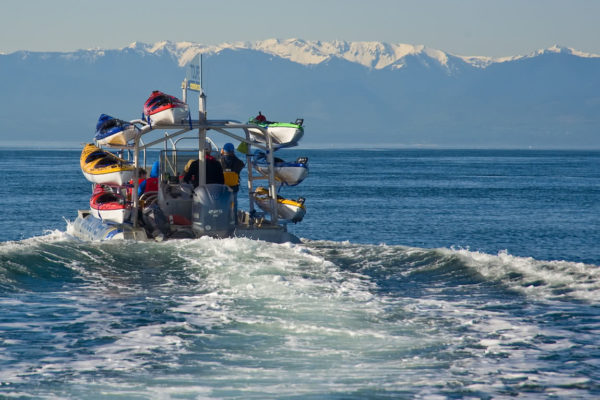