RAILWAY TRESTLES AROUND VICTORIA, BC

RAILWAY TRESTLES AROUND VICTORIA, BC

We are very fortunate in Victoria and on Vancouver Island, that many of the old railway lines have been preserved and converted into amazing biking and walking paths.  As well we have the remnants of the old E&N (Esquimalt & Nanaimo) rail line which, while not presently in use, is still largely intact and waiting for someone to revitalize, hopefully for some kind of rail use.

Vancouver Island is quite hilly and mountainous, so there are some pretty spectacular trestles and bridges still in existence, some of them old wood trestles including  the Kinsol trestle near Shawnigan Lake.  The Kinsol is one of the tallest free-standing and most spectacular timber rail trestle structures in the world. At 187 metres in length and standing 44 metres above the Koksilah River.  For more information on the Kinsol Trestle click this link:  Historic Kinsol Trestle

Located right in the heart of Victoria, crossing the Selkirk Waterway is the Selkirk Trestle, built by the Canadian National Railway in 1903. This trestle is also part of the Galloping Goose Trail.  This trestle originally had a lift section to allow the passage of boats.  This section is still in place but was raised and  fixed in place with other sections of the trestle inclined up to meet it allowing smaller boats to pass under the structure but no longer requiring the lift function. 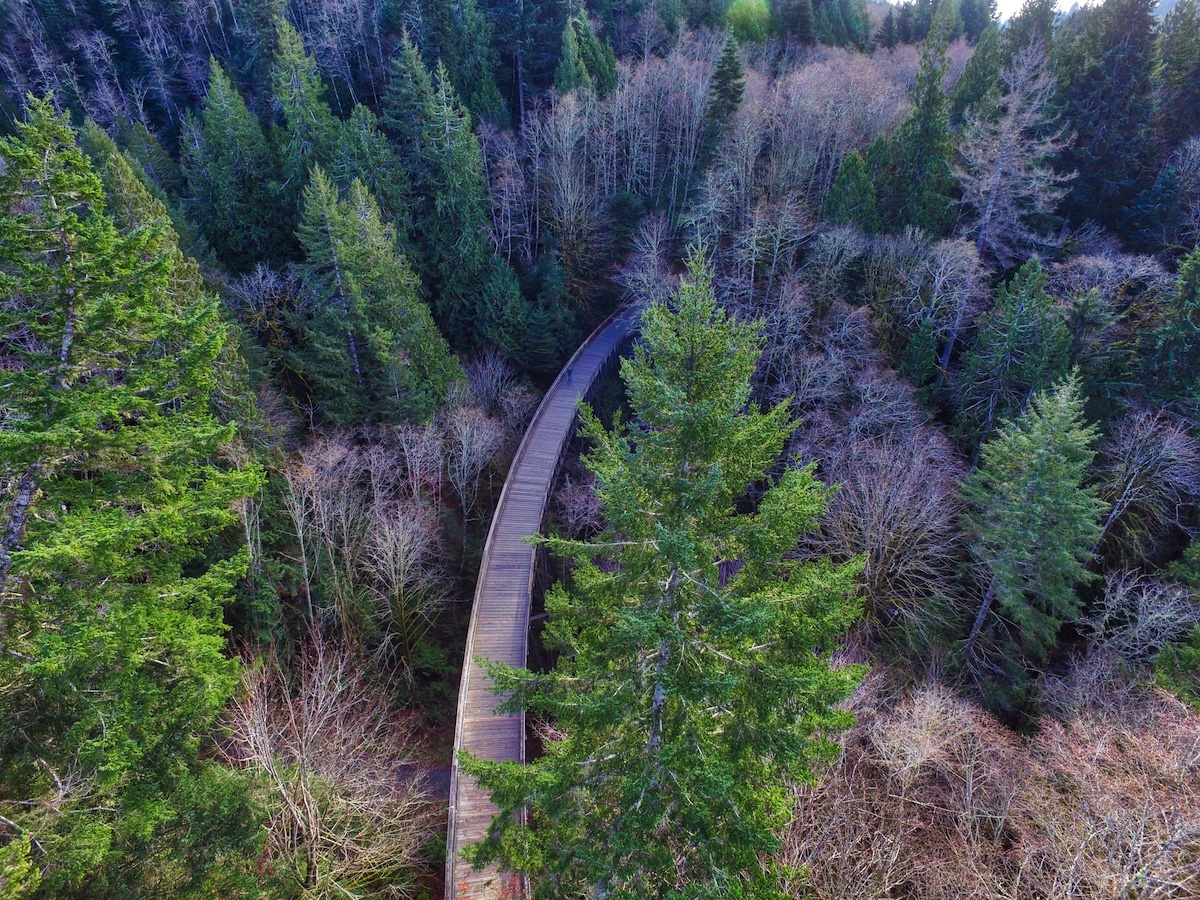 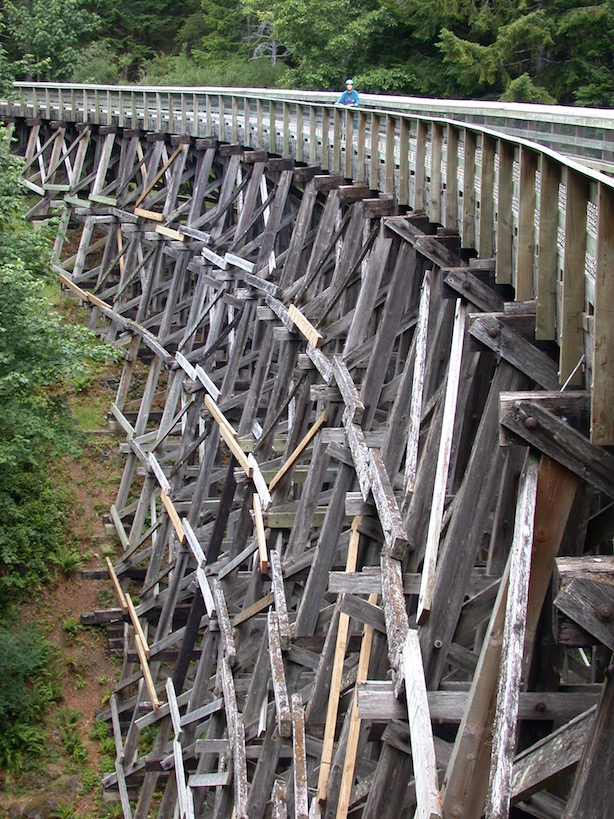 Todd Creek Trestle, part of the Galloping Goose Trail near the Sooke Potholes in  Sooke, BC 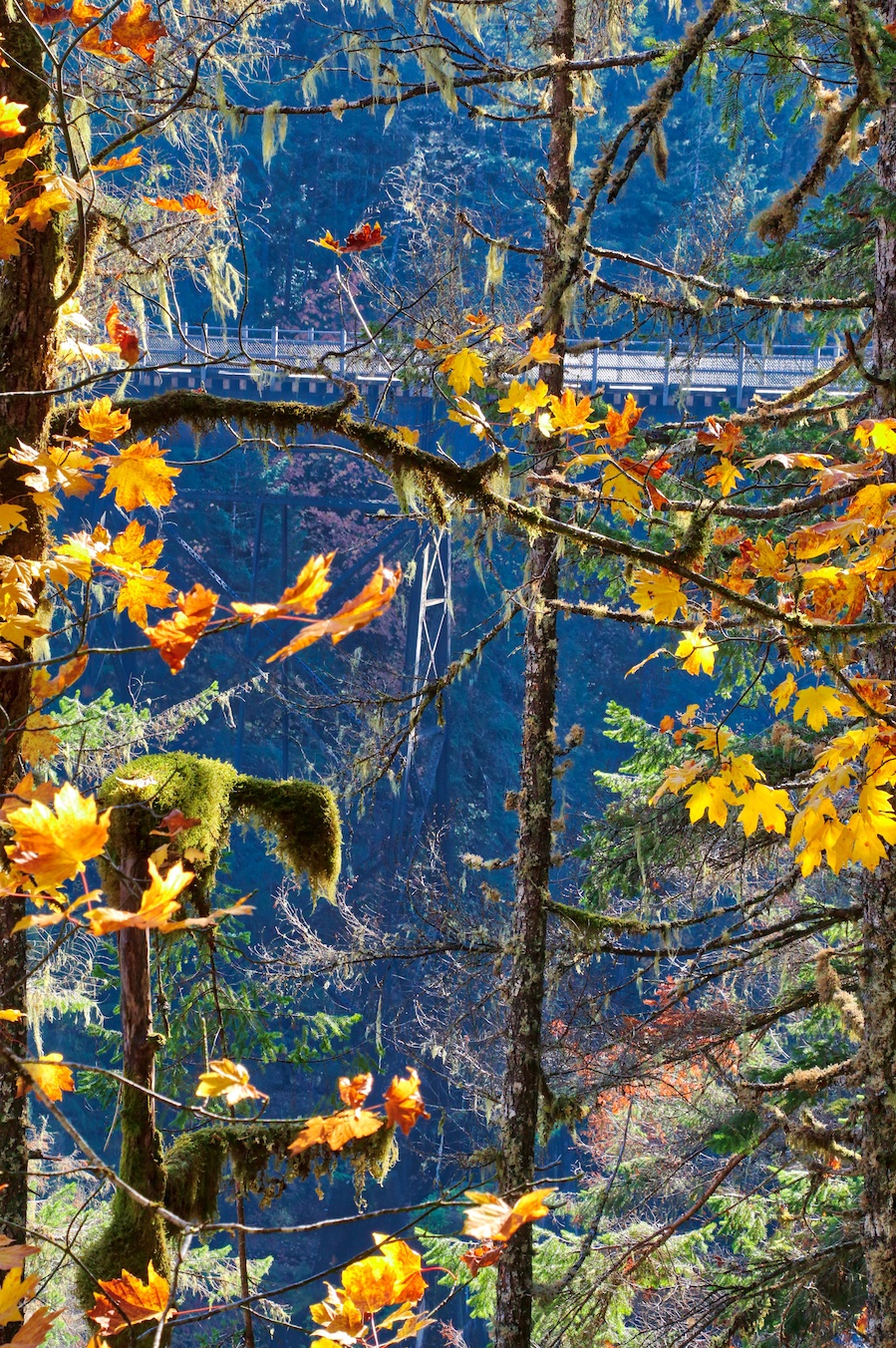 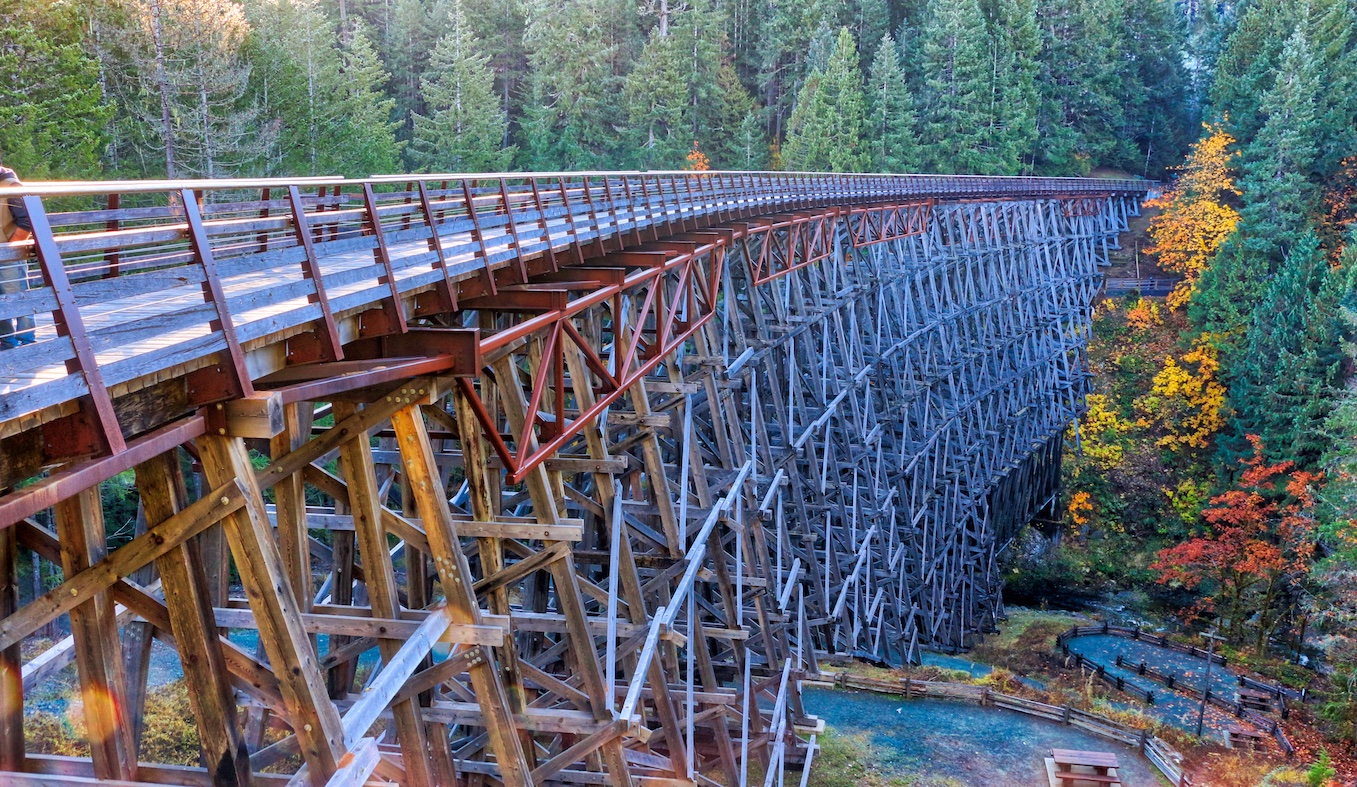 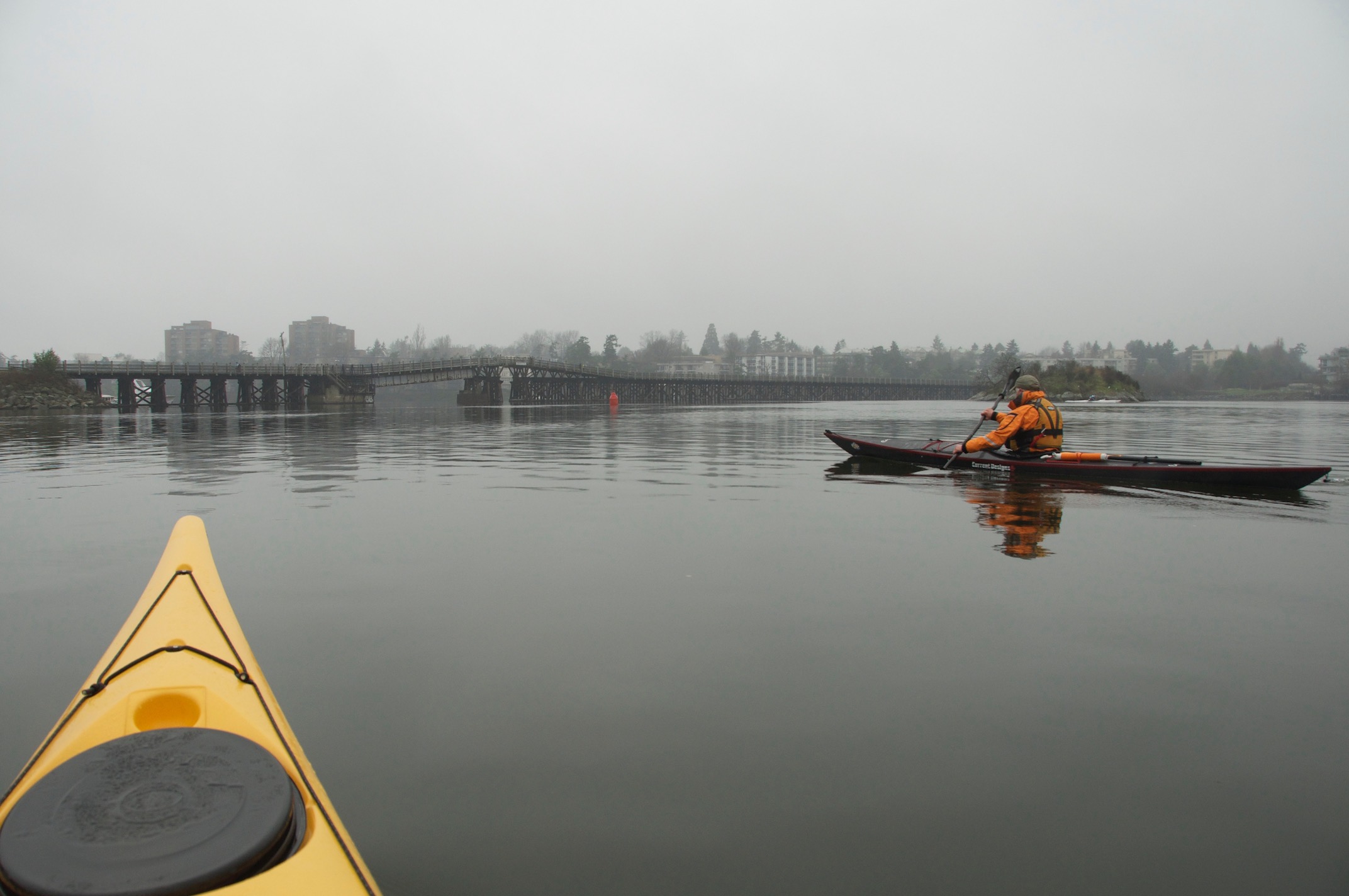 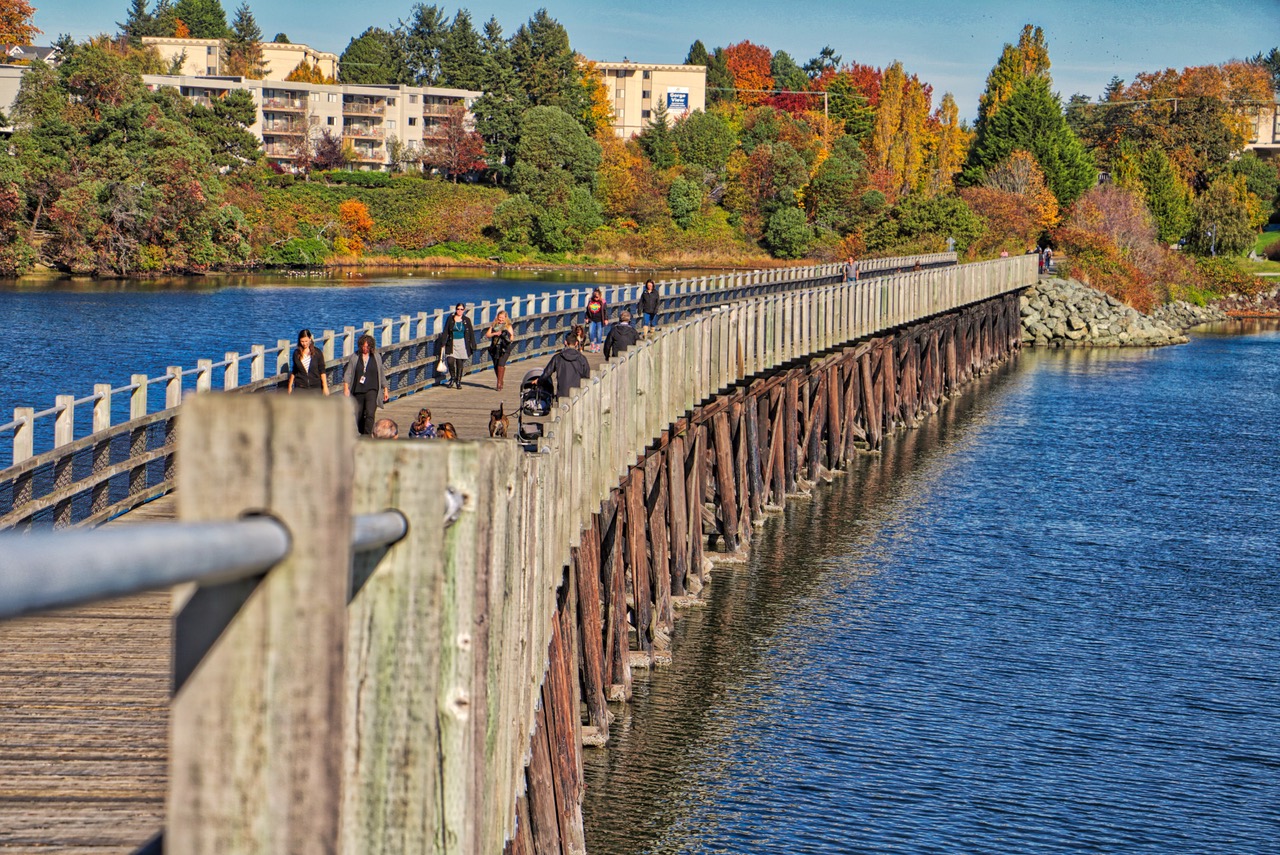 The Selkirk Trestle, part of the Galloping Goose Trail