No visit to Victoria would be complete without a visit to the world renowned Butchart Gardens!

No matter if you’re not ga-ga for gardens, Butchart Gardens is an amazing place nonetheless! The Sunken Gardens in Spring

Robert Pim Butchart, a pioneer in the thriving North American cement industry, was attracted from Owen Sound, Ontario to Canada’s West Coast by rich limestone deposits. In 1904, he developed a quarry and built a cement plant at Tod Inlet (on Vancouver Island) to satisfy Portland cement demand from San Francisco to Victoria. Jennie Butchart became the company’s chemist. Close to the quarry, the Butcharts established the family home complete with sweet peas and rose bushes. 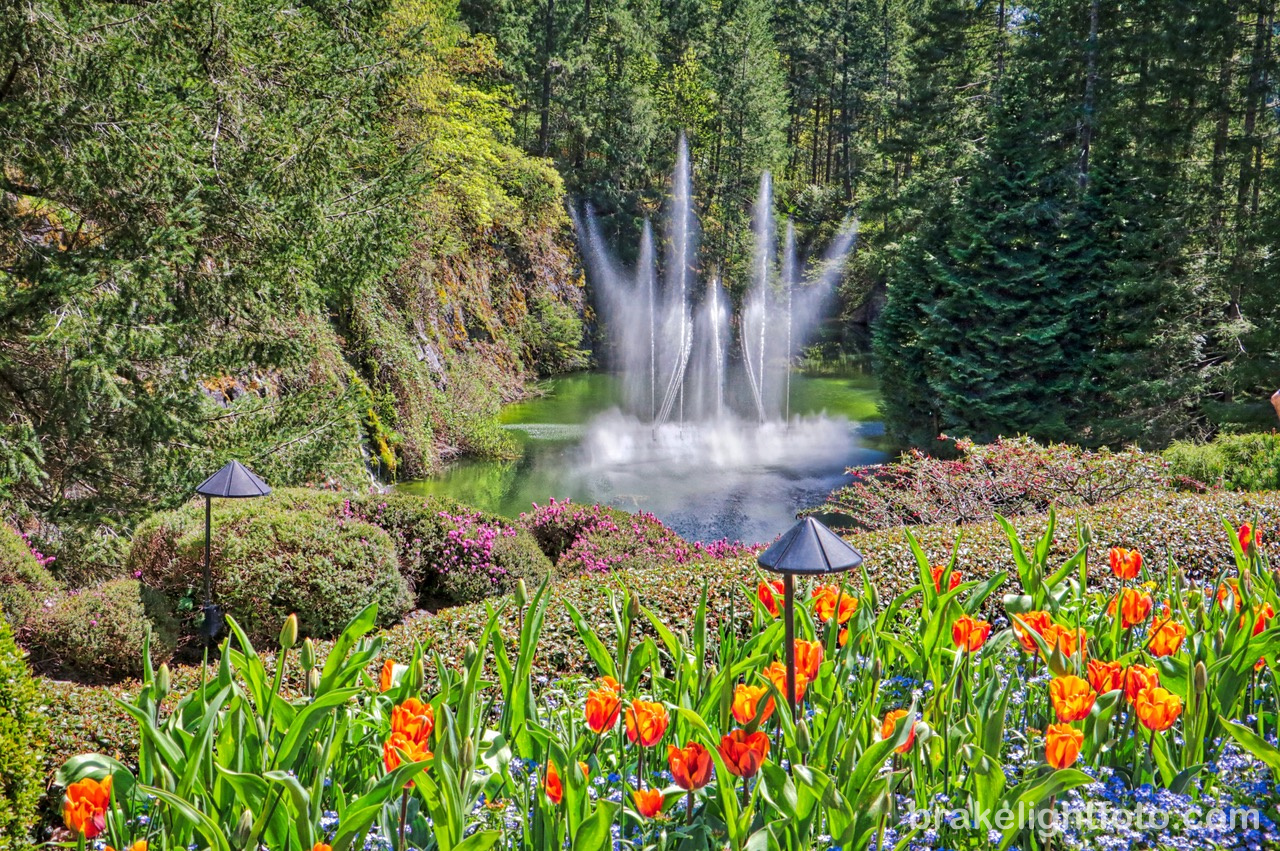 The Ross Fountain in the Sunken Garden

As Mr. Butchart exhausted the limestone deposits, his enterprising wife Jennie, made plans to create something of beauty in the gigantic exhausted pit. From farmland nearby, she had tonnes of top soil brought in by horse and cart and used it to line the floor of the abandoned quarry. Little by little, the quarry blossomed into the spectacular Sunken Garden. 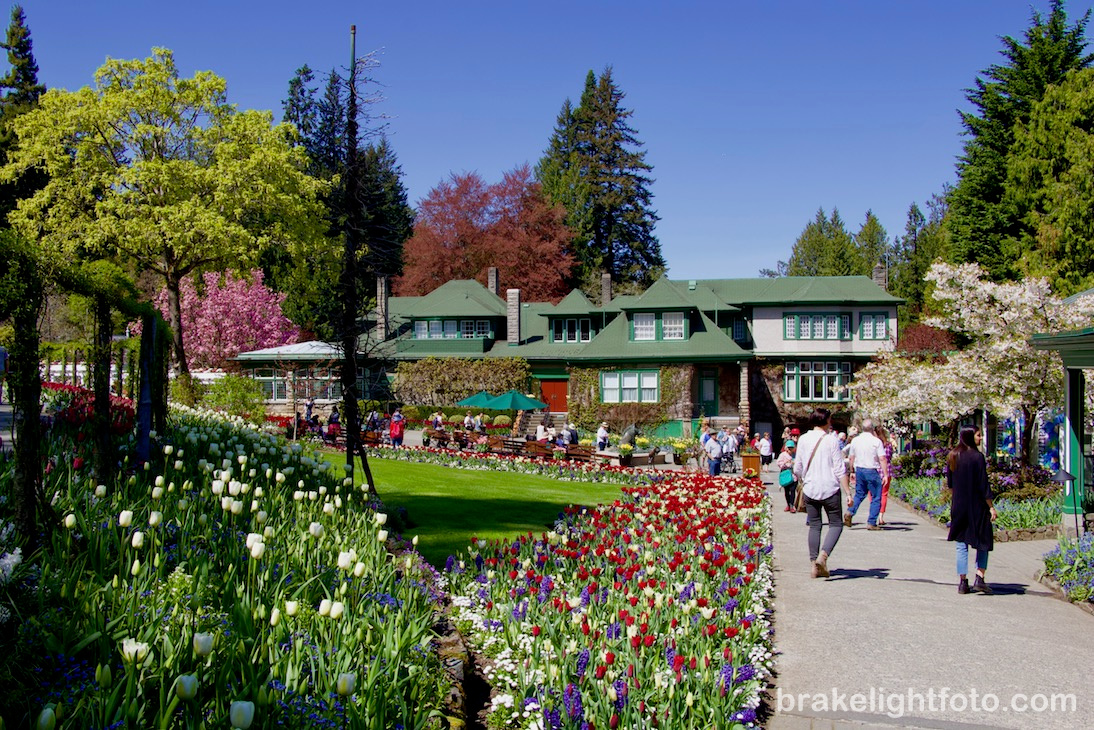 Between 1906 and 1929, the Butcharts created a Japanese Garden on the seaside, an Italian Garden on their former tennis court and a beautiful Rose Garden. Mr. Butchart took great pride in his wife’s remarkable work. An enthusiastic hobbyist, he collected ornamental birds from all over the world. He kept ducks in the Star Pond, noisy peacocks on the front lawn and many elaborate birdhouses throughout the gardens. 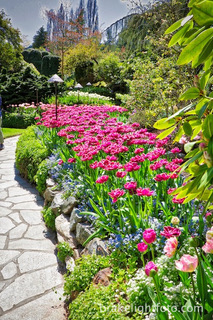 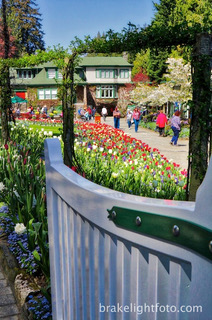 Grandson Ian Ross was given The Gardens on his 21st birthday. After service in WWII, he worked hard to make his grandmother’s garden self-sustaining, transforming the mostly neglected home and gardens into an internationally famous destination. For 50 years he was completely involved in its operation and development. In summer months he added outdoor symphony concerts (1953-1967) showcasing young stars of the Metropolitan Opera, including Teresa Stratas; a variety stage show (1961); and the Ross Fountain (1964) for The Gardens’ 60th anniversary. In 1987 he initiated The Magic of Christmas. Ian died in 1997. 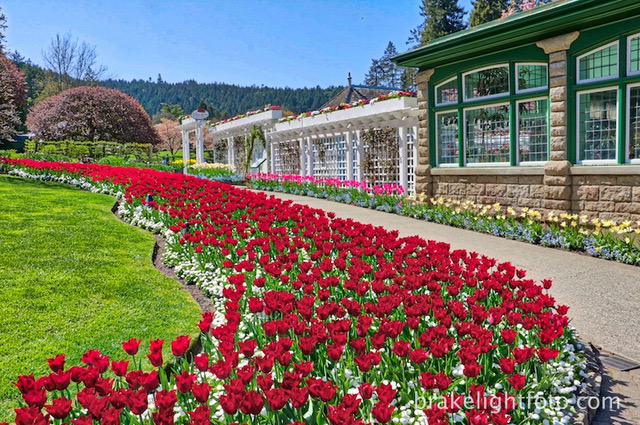 The renown of Mrs. Butchart’s gardening quickly spread. By the 1920s more than fifty thousand people visited her garden each year. The hospitable Butcharts christened their estate “Benvenuto”, the Italian word for “Welcome”. Their house grew into a comfortable, luxurious showplace, with a bowling alley, indoor saltwater swimming pool, paneled billiard room and a wonder of its age, a self-playing Aeolian pipe organ (still played on Summer’s Firework Saturdays). Today, it houses the Dining Room Restaurant, offices, and rooms still used for family entertaining. 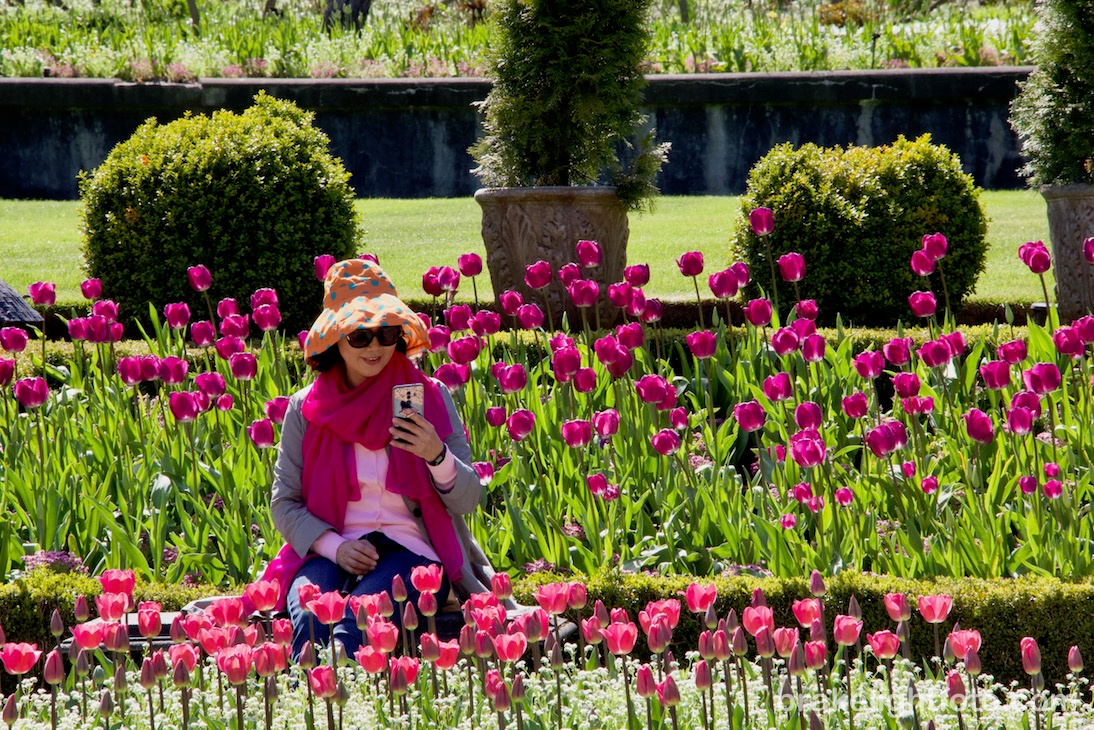 The only surviving portion of the original cement factory is the tall chimney of a long vanished kiln still seen from the Sunken Garden lookout. The plant stopped manufacturing cement in 1916, but continued to make drain tiles and flower pots until 1950. Some of the original flowering cherry trees which extended from West Saanich Road to The Gardens’ entrance may still be seen. 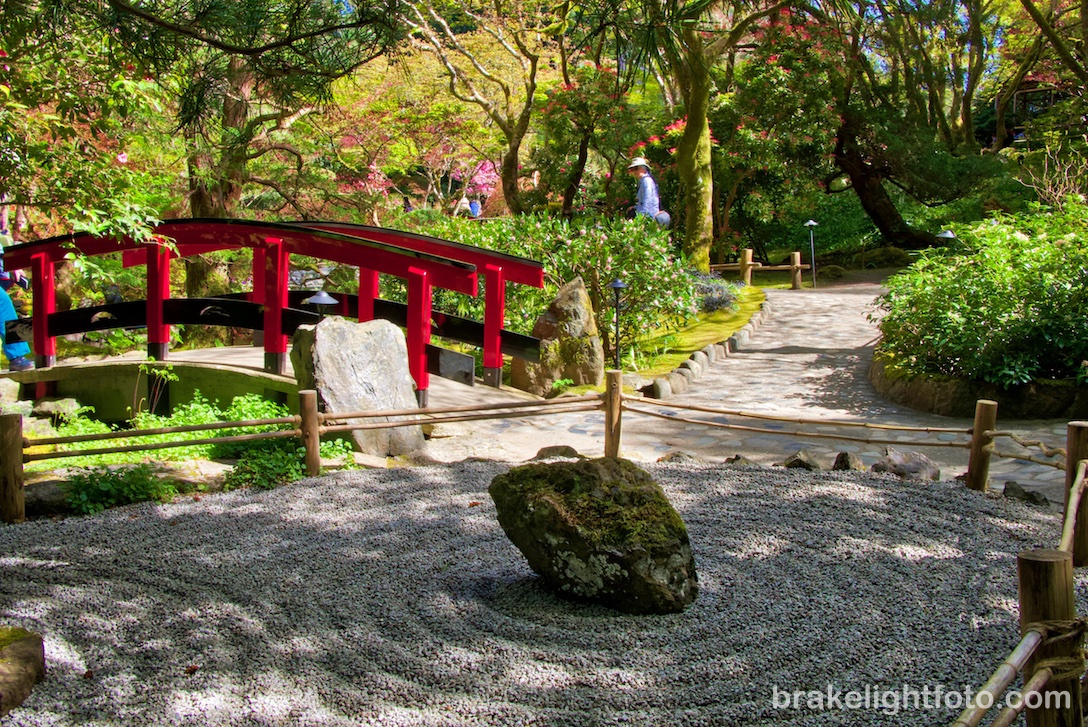 The renown of the family owned gardens is widespread. Each year over a million bedding plants in some 900 varieties give you uninterrupted bloom from March through October. Almost a million people visit annually for spring’s colourful flowering bulbs; summer’s riot of colour, entertainment and Saturday Fireworks; fall’s russets and golds; the Magic of Christmas’ decorations; and winter’s peacefulness. 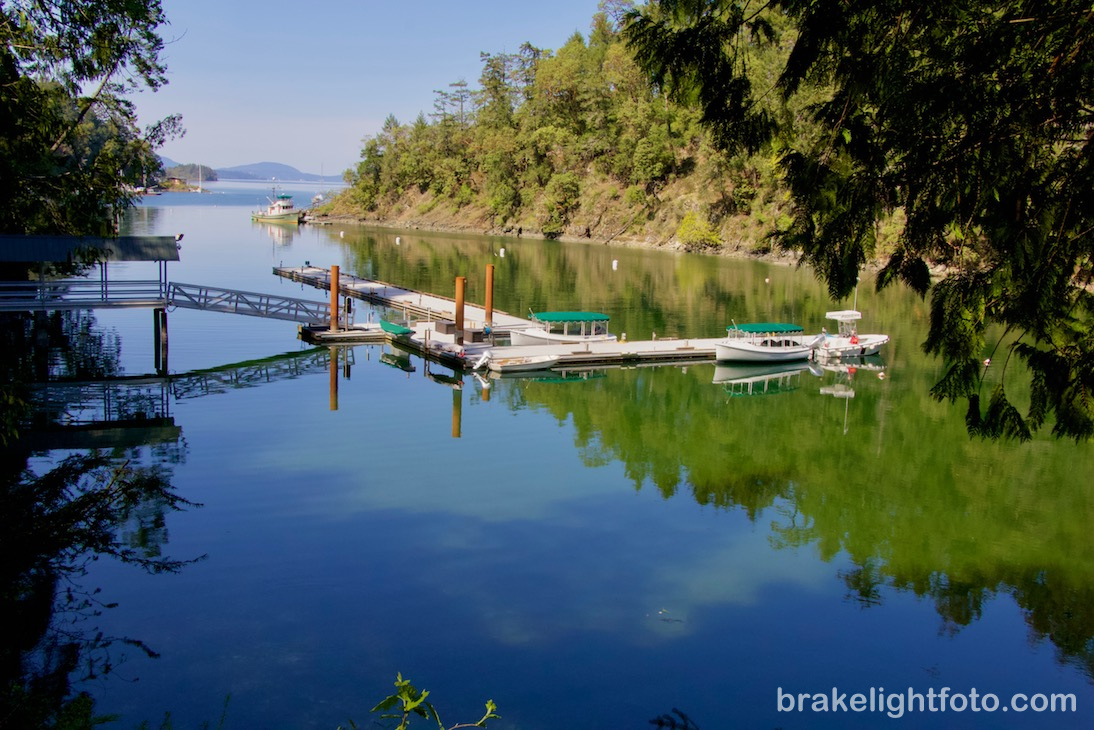 The Butchart Docks in Butchart Cove

The gardens are located at 800 Benvenuto Ave., Brentwood Bay, BC which is about a 30 minute drive from downtown Victoria.

As well as the gardens, there are 2 restaurants and a coffee shop and a wonderful gift shop where you can purchase souvenirs as well as seeds to start or add to your own garden! 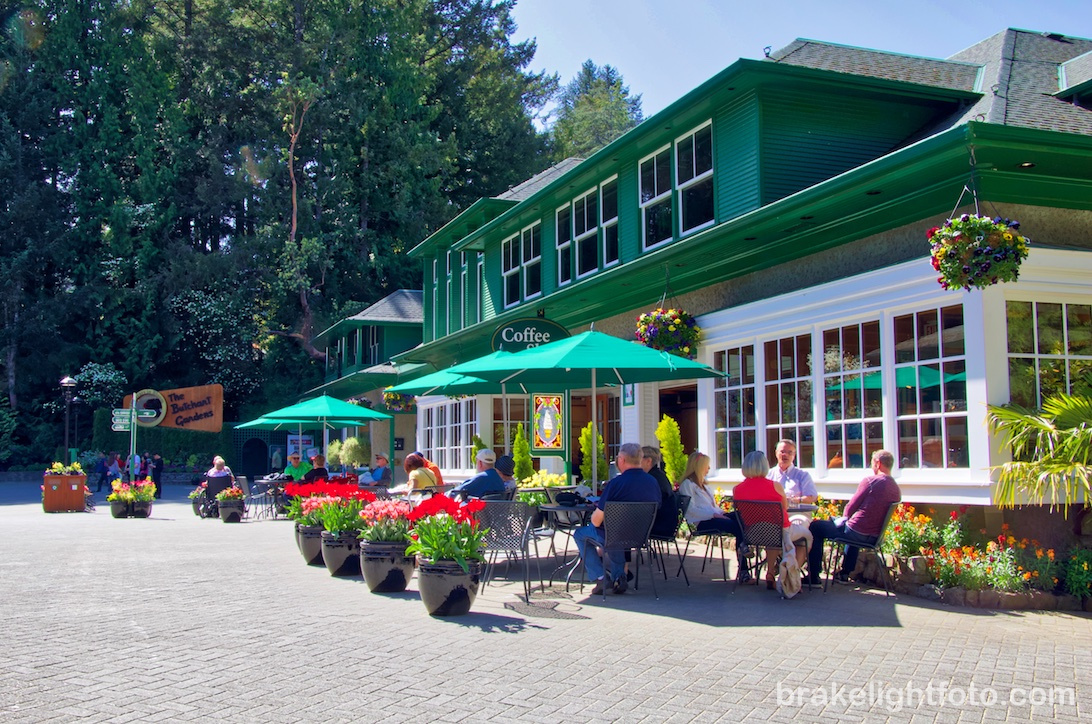 For more photos of The Butchart Gardens or if your would like to purchase some photos of the gardens, please click this link:  Butchart Photos 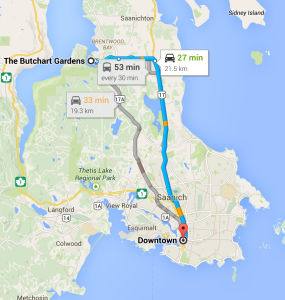