Dominion Brook Park is located in North Saanich, close to the airport on East Saanich Road, across the street from the Panorama Rec. Centre.  (See map below for address and location)

It’s not a large park – only about 11 acres – but it packs in a lot of beauty in a small space!  Green, expansive lawns, huge trees, gardens, ponds, streams, whimsical carvings, and views of Haro Strait and out to the gulf islands.  There are benches to sit and relax on, a picnic shelter as well as picnic tables to enjoy a family outing … and it’s a great place to play ‘fetch’ with your fur friends!  If you’re lucky you just might see an owl or 2 – we did when we were there this weekend (April 30). 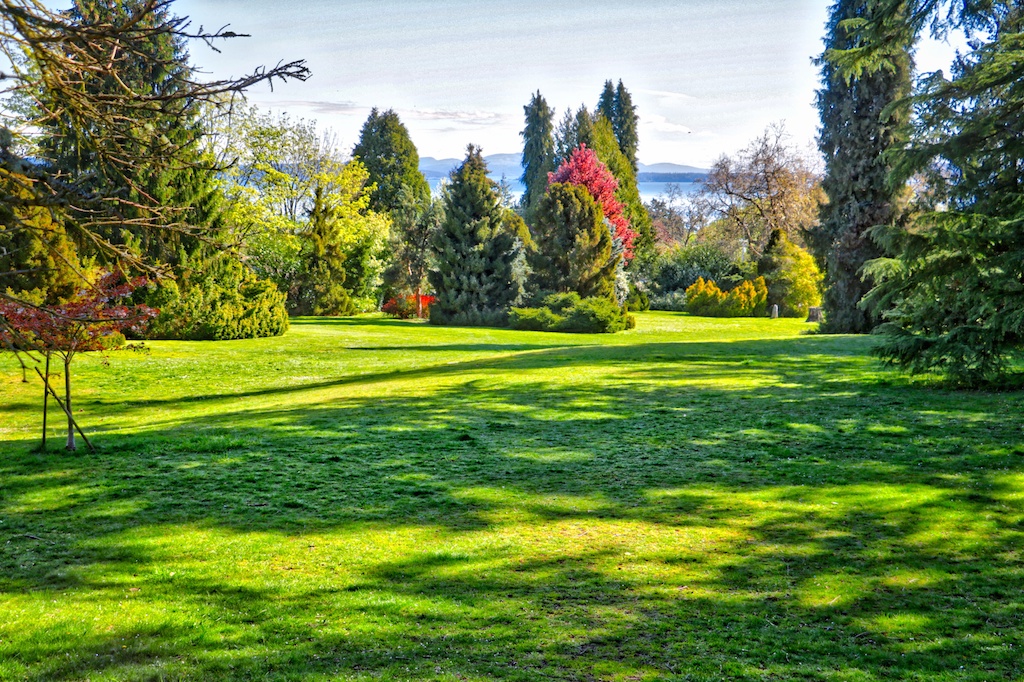 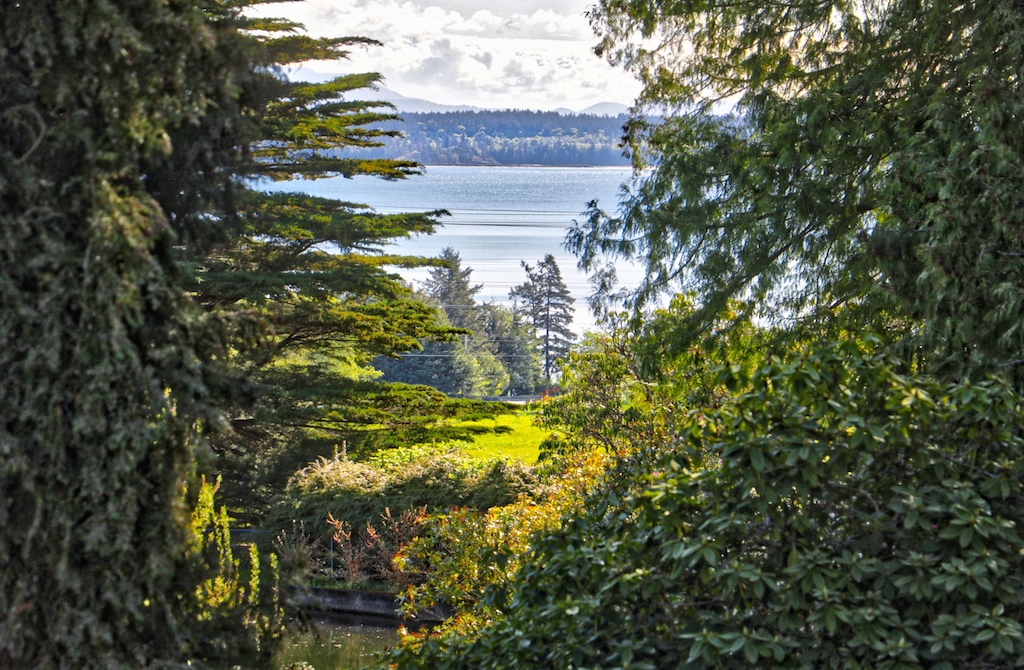 View out to Haro Strait

Dominion Brook Park was created by the Canadian Dept. of Agriculture as a demonstration arboretum and ornamental garden for public use.

The land clearing began in 1912 under the direction of W.T. Macoun, son of the famous botanist, John Macoun.  He ordered plants from nurseries in Britain, Holland, Germany, France, Japan and the U.S.

Of particular interest is the Rhododendron collection from the Arnold Arboretum grown from seed collected in China by famous plant hunter, Ernest Wilson.

It was meticulously maintained through the years and the park was a popular place for family and community events.  When federal funding for maintenance ceased in the 1980’s, the rare plantings began to disappear under the invasive ivy and blackberries.

In the late 1990’s a citizen’s group led to the formation of a volunteer non-profit society “Friends of Dominion Brook Park” and an agreement with the Federal Gov’t., the District of N. Saanich and the ‘Friends’, the rehabilitation and maintenance is on-going on this glorious and historical space.

Of particular interest is the Rhodo Ravine which is currently under restoration.  When complete, it will be the ‘jewel in the crown’ of this beautiful park. 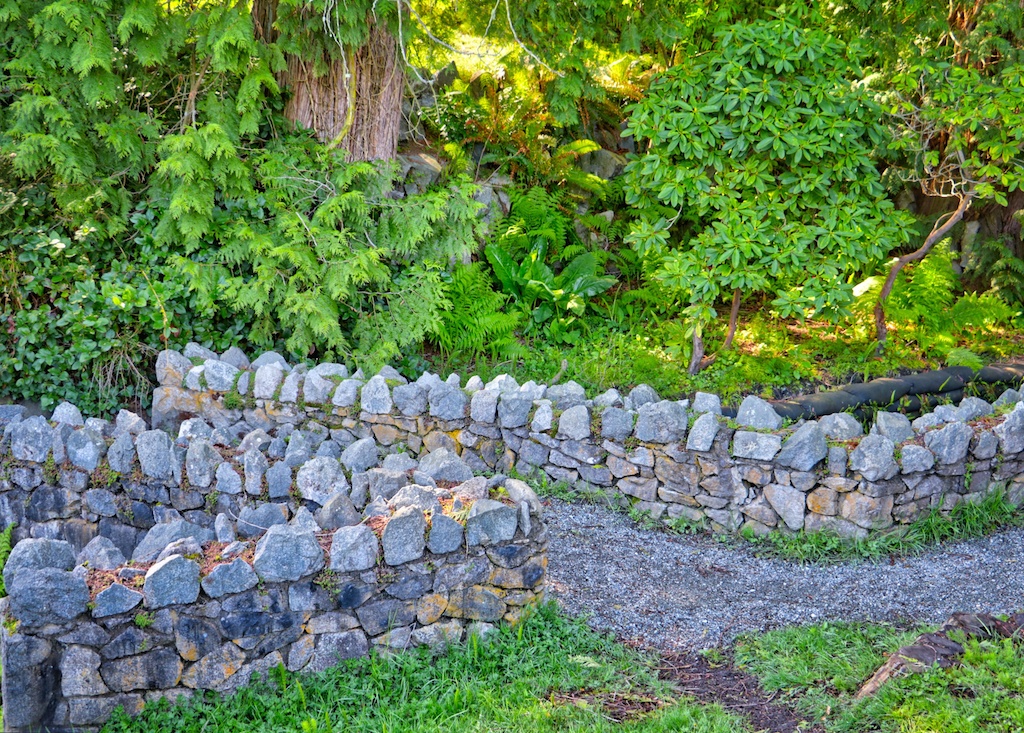 The original stone bridge across the Rhodo Ravine 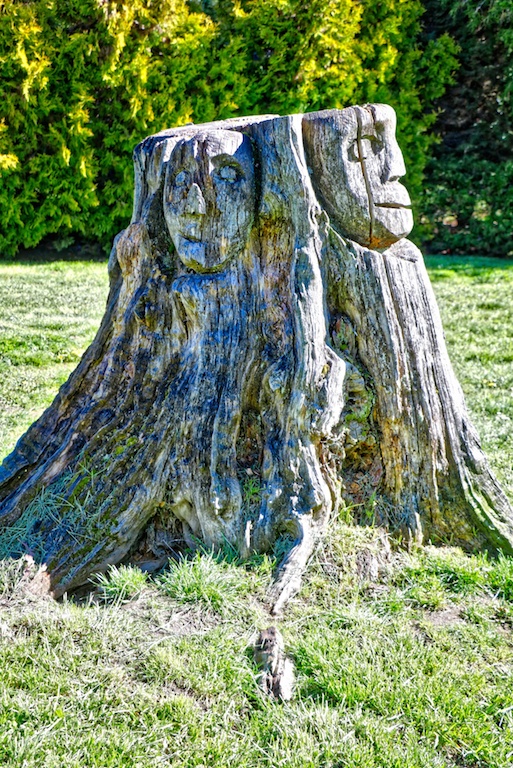 One of the whimsical carvings in the park 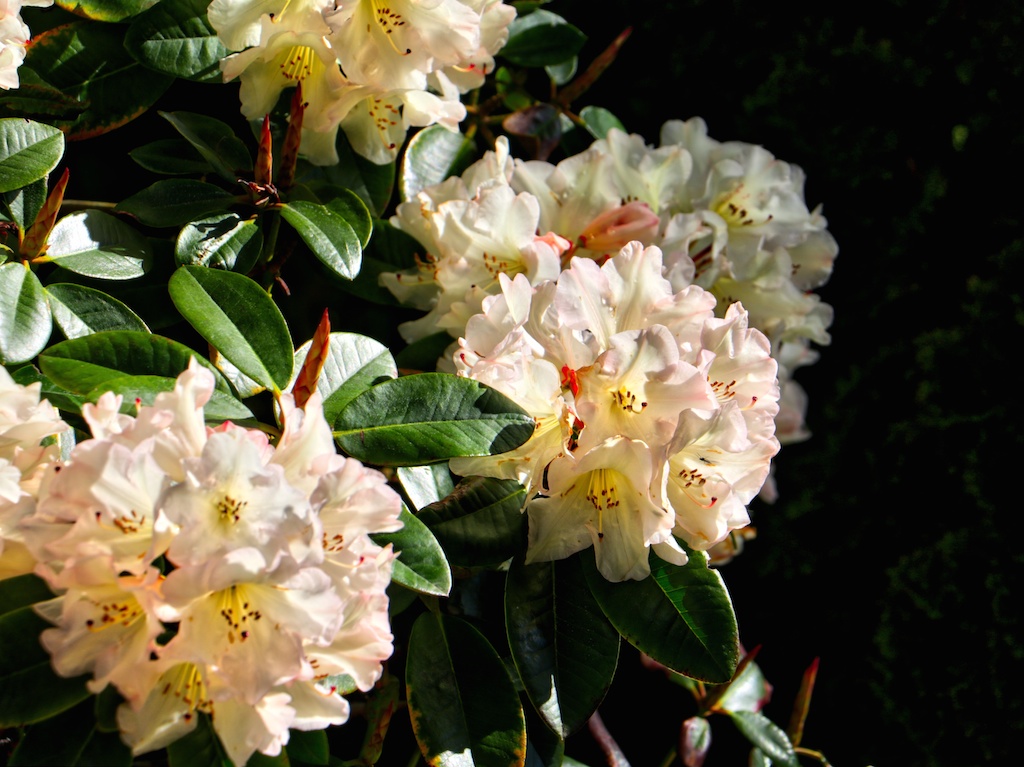 So many beautiful rhododendrons in the park! 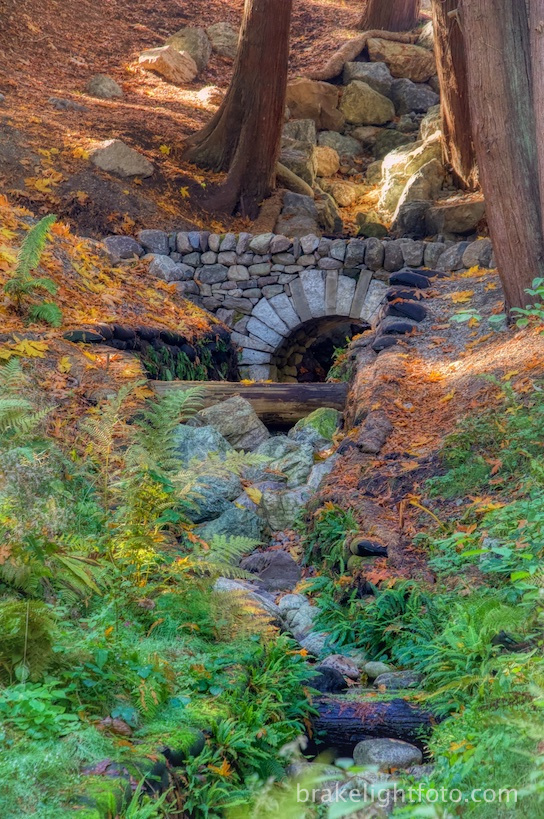 The new mortarless stone bridge across the Rhodo Ravine 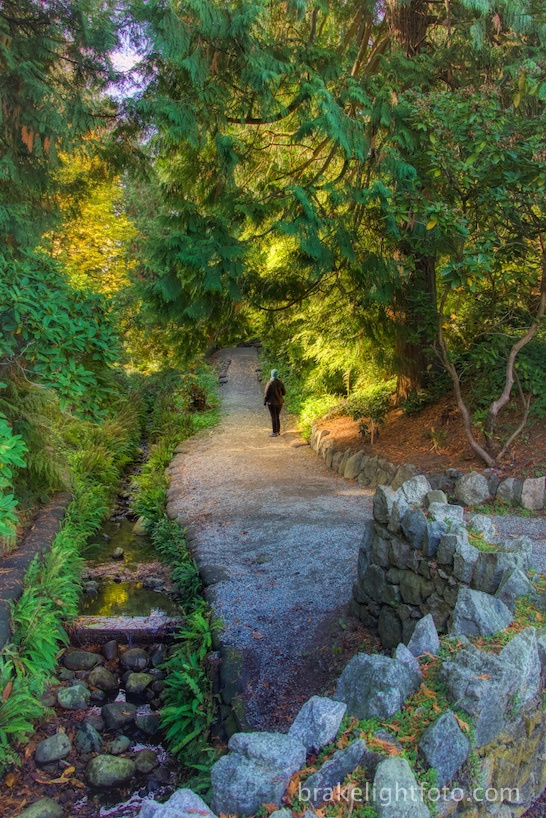 The restored trail along the Rhodo Ravine 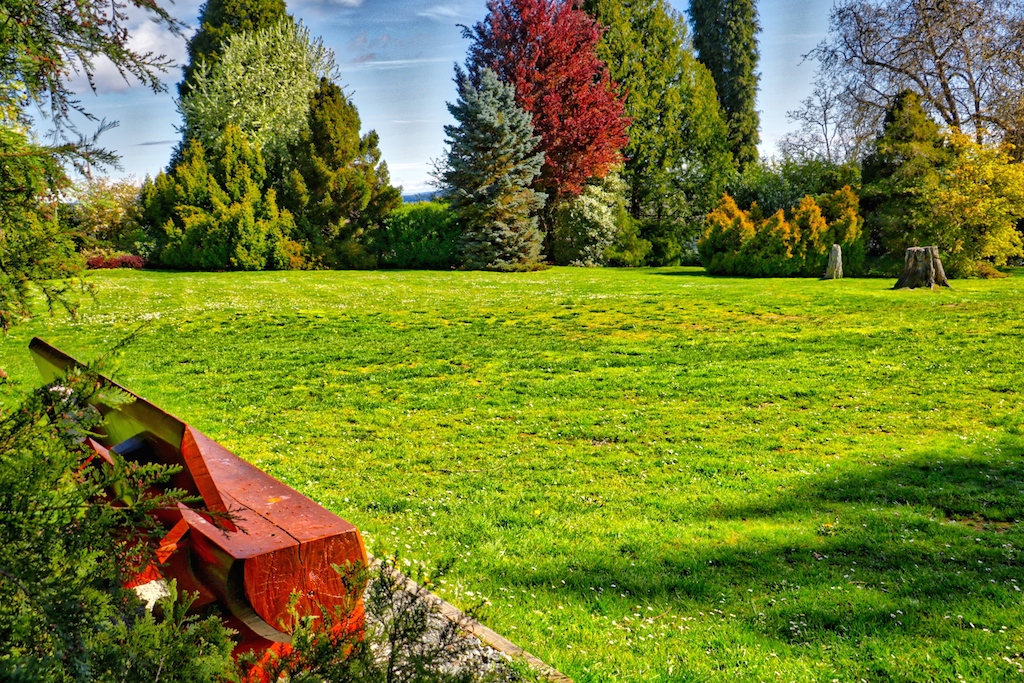 Nice bench to sit and admire the view! 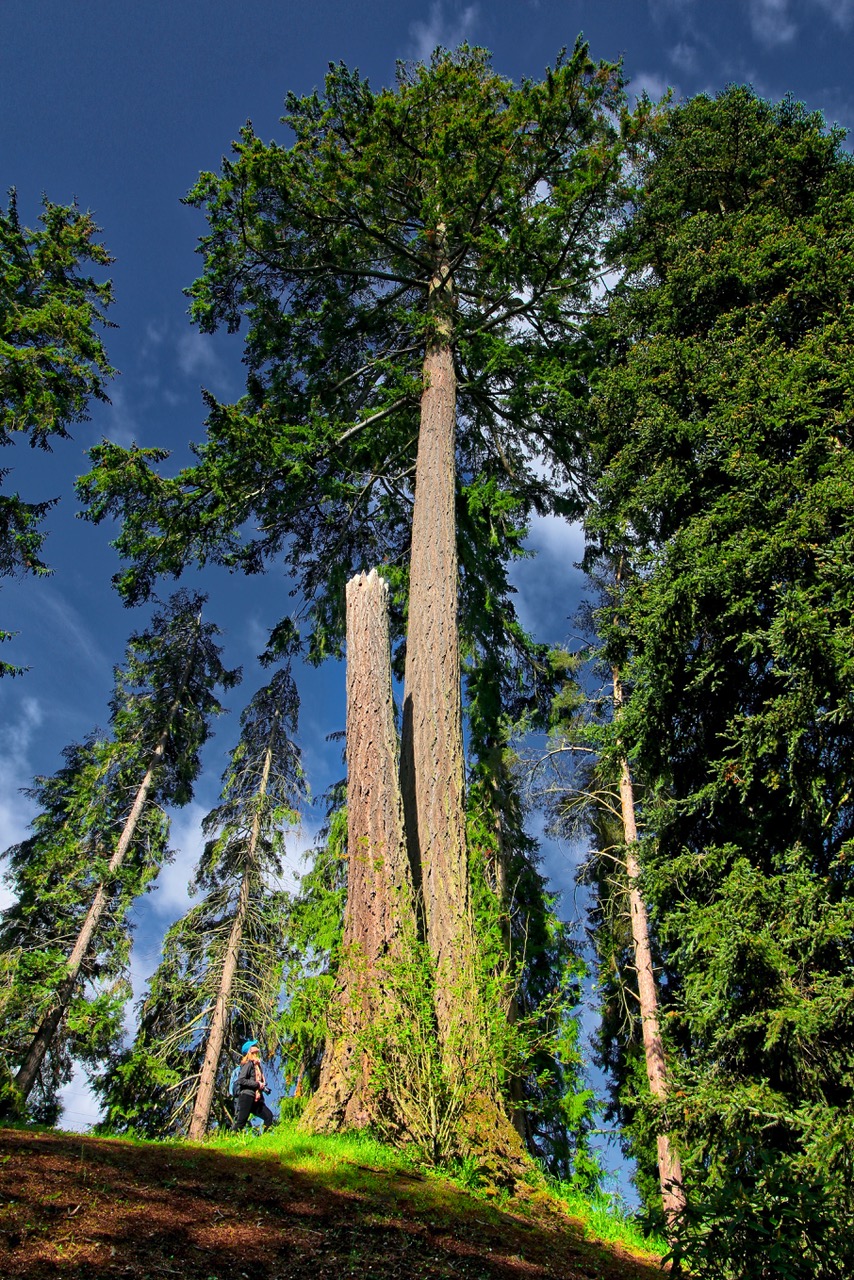 One of the huge trees in the park 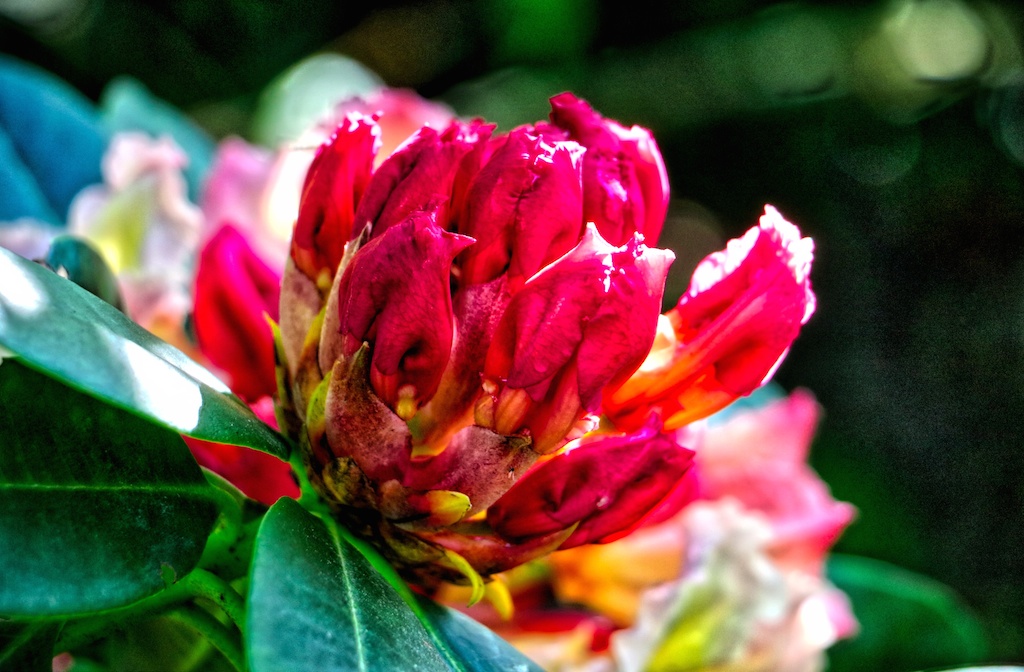 Springtime is the best for viewing flowers! 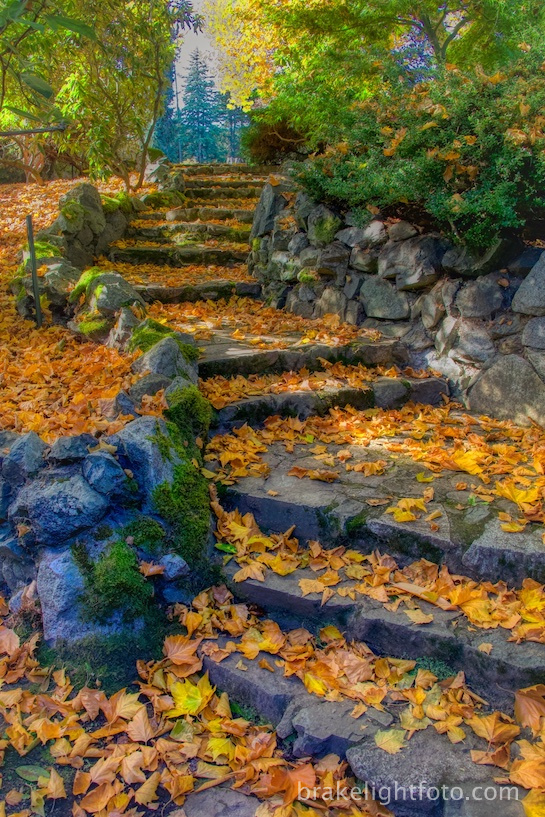 Fall is a beautiful time to explore the park 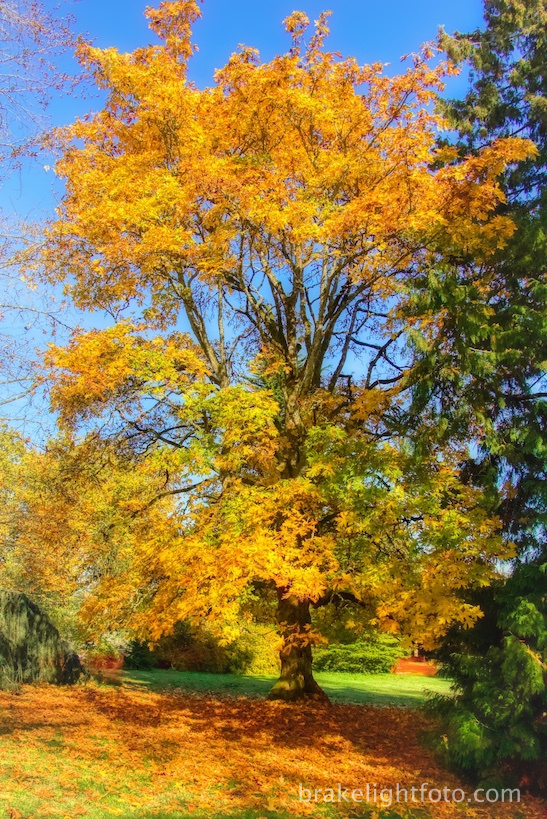 The park is free and open to the public.  There are no official hours … just walk on in.  Dogs are most welcome, but you’re asked to clean up after your pet and avoid newly planted and posted sensitive areas.

There is no parking lot as such, but there is ample parking along the street for a number of vehicles.

It’s a great place for a group picnic or family celebration.  There is a port-a-potty near the picnic area.

If you want more information on this park, please contact parksinfo@northsaanich.ca 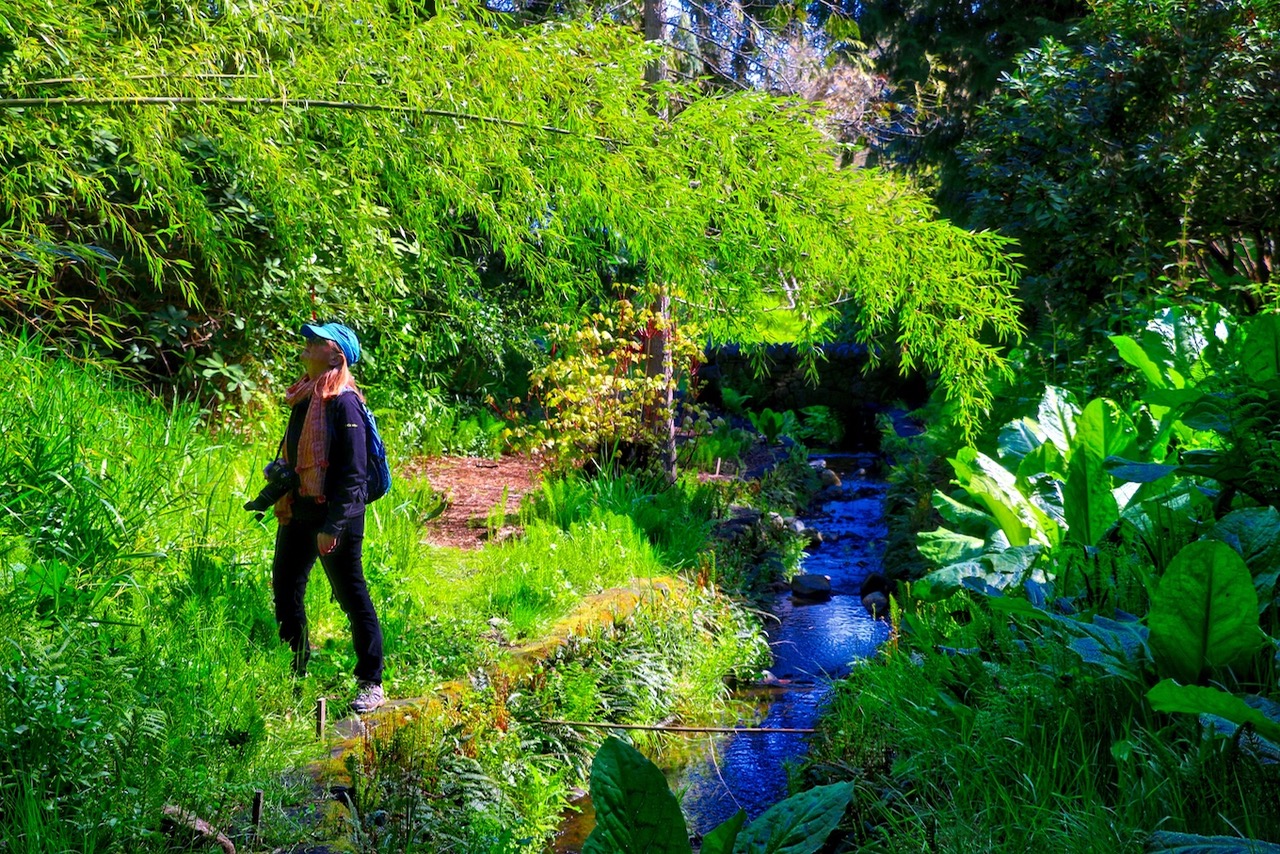 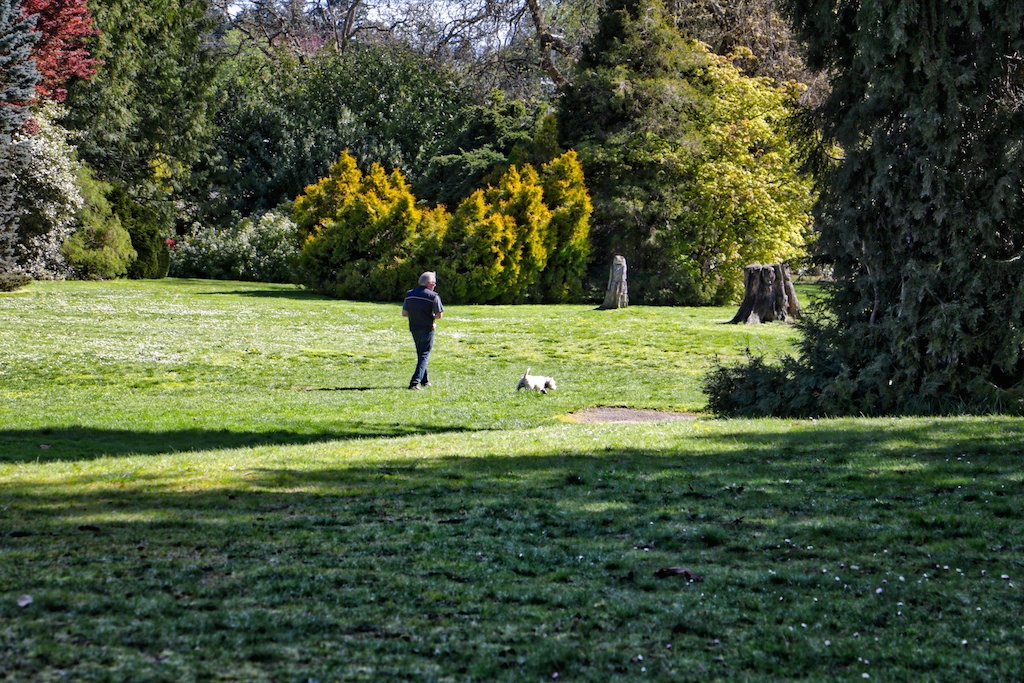 A great place to walk your dog! 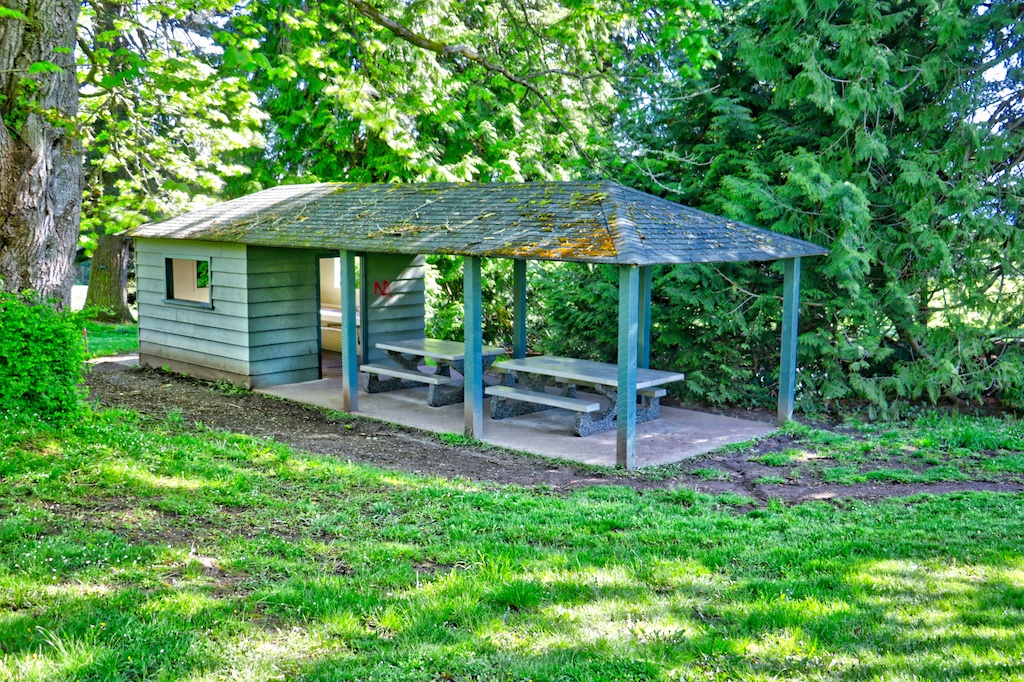 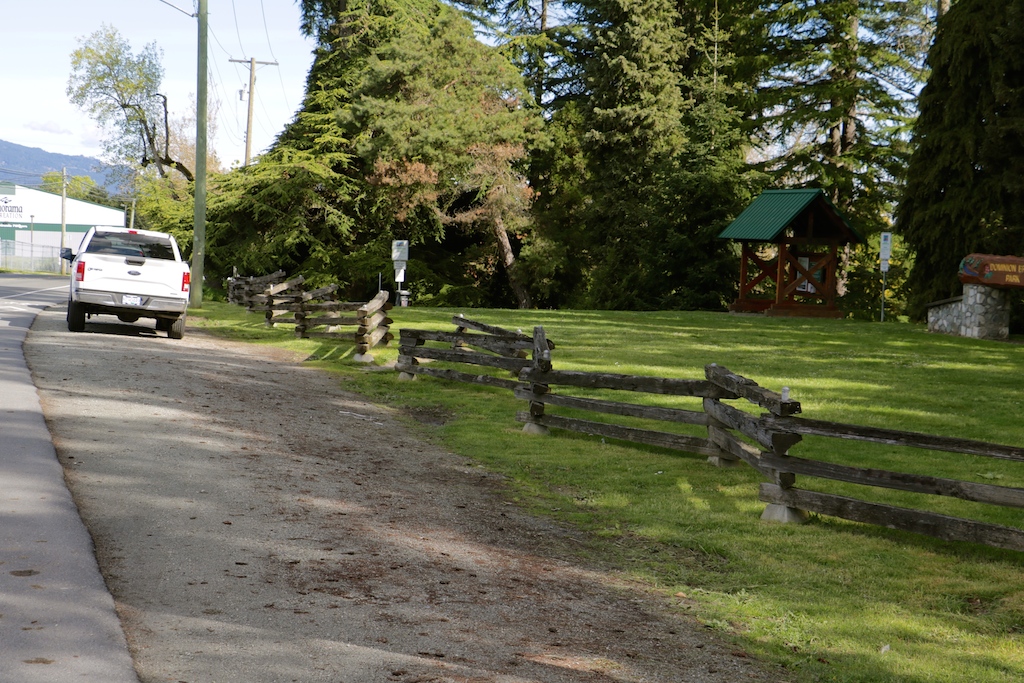