One of Canada’s best collections of rhododendrons is on display at Finnerty Gardens on the University of Victoria Grounds.

Yet it’s probably one of the least known – at least to the casual tourist.  But if you come to Victoria for the gardens, it should be on the top of your list of ‘must see’.

The best time of year to wander this  6.5 acre site is in the spring – generally April and May – when the rhododendrons are at their most magnificent!

Unlike other more popular and well-known gardens, you’ll find a peaceful and tranquil place where you can wander or sit and enjoy the beauty all around! 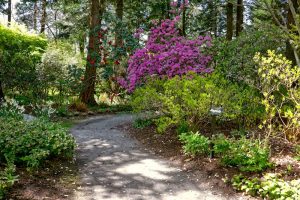 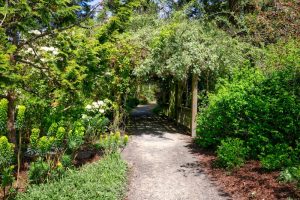 Dr. Richard Stoker, (the brother of Bram Stoker of Dracula fame) a retired Lt. Colonel with the British Army Medical Corps and his wife Susan settled in Lake Cowichan prior to 1900 and built a summer home.  As amateur botanists, they had collected rhododendrom seeds from the mountain regions in Afghanistan and India during his postings there.  They found that the climate on Vancouver Island ideal for growing these exotic species.

In 1912 George Simpson and his wife Suzanne, an accomplished botanist, arrived at the lake.  They settled on a small parcel of land bought from the Stokers and developed a nursery that included as many as 200 species of rhodendron plants.

Dr. Stoker died in 1931 and the property was sold – the Simpsons decided to return to Europe and sold their property as well.   But in 1937, the Simpsons returned and purchased the old Stoker property and for the next 20 years, their garden flourished.

By 1966, a frail Mrs. Simpson arranged to move her collection to the University of Victoria.  She died in 1973 content with the knowledge that her legacy lived on in Finnerty Garden.

Several local rhododendron enthusiasts were asked to help plan and develop the gardens. This group formed the Friends of the University Gardens. They and their successors have continued to guide and finance the development of the gardens.

The Simpson plants were up to 50 years old and presented a challenge to the transplanters. After the death of her husband, Mrs. Simpson had been unable to maintain the garden properly. The rhododendrons had to struggle for survival without the benefit of summer watering and in competition with the invading “jungle.” You will recognize these sometimes distorted giants in the garden today. Most of them are R. decorum or R. fortunei. In their growth-form they resemble these species growing in their native mountains of Asia. 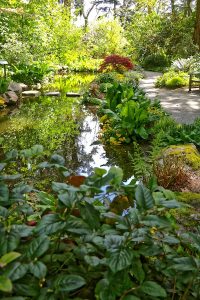 Complementing the plant life are three tranquil ponds, an inviting network of winding paths and dozens of benches, each with its own distinctive view of the gardens’ ever-changing splendour.

Upon entering the gate to the garden, be sure to pick up a brochure with a map with a self-guided tour.  It has a lot of information regarding the species you’ll see.

The gardens are open to the public every day during daylight hours. Allow at least one hour to tour the gardens. There is NO admission charge.

The closest parking lot is ‘Lot 6’ near the chapel.  It’s inexpensive during the week and free on Sundays and statutory holidays.  You can buy a ticket from a dispenser – and some spots have meters.  The dispensers accept quarters (.25), $1 coins, $2 coins as well as Visa and Mastercard.  The meters accept .25, $1 & $2 coins. 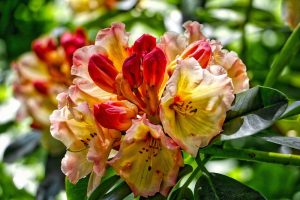 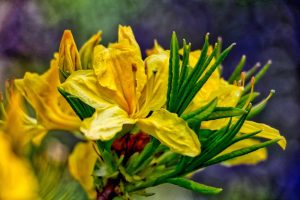 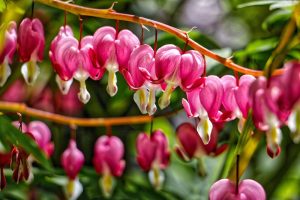 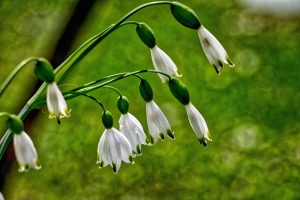 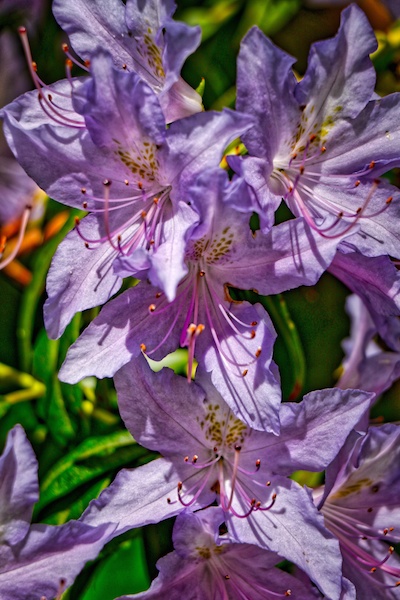 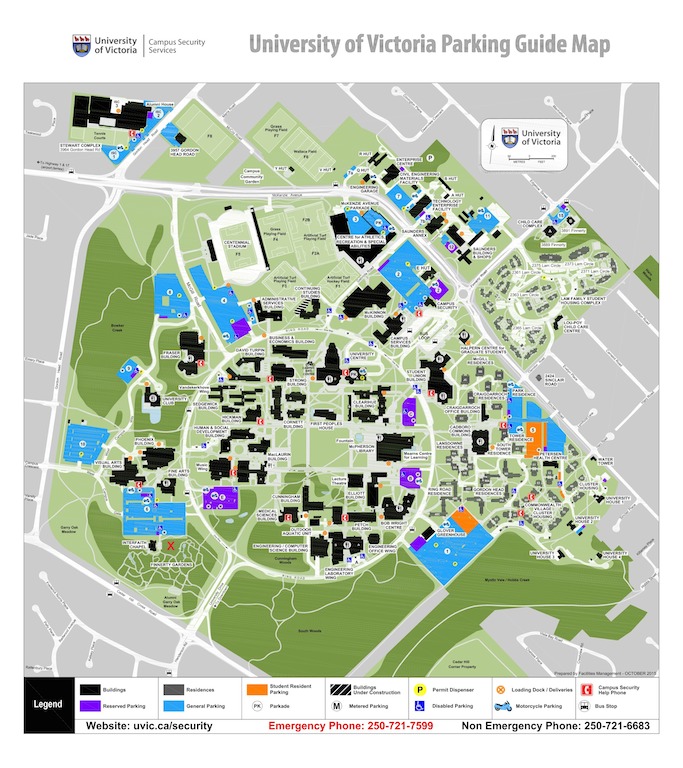