The Ashton Armoury Museum, located in the LGen E.C. Ashton Armoury was established in 1994 to maintain, honour and promote the histories of our local Communications (Signals), Logistic, Medical and Military Police units, their Canadian Forces Branches and predecessor Army Corps. 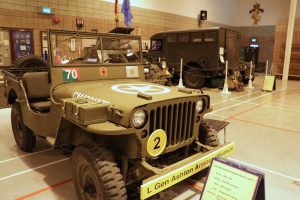 The museum is a secure, well-managed, appreciative repository for military and related memorabilia preserved and displayed for current and future generations.

The museum has a total of 22 vehicles in its collection, many of which can be seen in action around town, during parades and at the annual Fort Rodd Hill’s Military Encampment. It also has thousands of artifacts from past conflicts and engagements, including the Zulu War of the 19th century, the First and Second World Wars, Korean War and numerous United Nations’ peacekeeping operations.

Located in a working armoury, the museum’s displays are spread throughout the building, with some 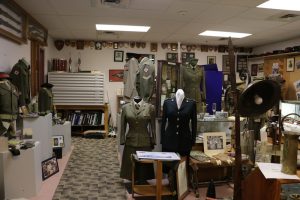 of the vehicles parked outside. From a World War 1 trench (complete with a large rat) to mannequins displaying uniforms from many different eras, to memorabilia from various peace-keeping operations, the collection gives a good overview of the work of those personnel who supported the fighting soldiers.

The museum is small but has an impressive display of military arms through the ages, uniforms, medals, photographs and various types of transportation.  There were a number of well-informed volunteers on hand to explain the history of the items and how they were used. 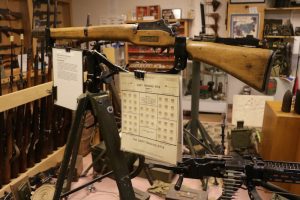