Smoking & vaping is banned in BC from any enclosed public space, including restaurants, pubs, theatres, hospitals, common areas of hotels/condos/apartments etc.  In addition, you may not smoke in playgrounds, community or municipal parks and playing fields.  You are also not permitted to smoke within 3 metres (almost 10 feet) of any doorway leading into any public places.  This includes cigarettes, cigars, pipes & e-cigarettes and cannabis products.

You must be 19 years or older to legally purchase tobacco and/or vaping products in B.C.

Tobacco may be purchased at most convenience stores and grocery stores in the Greater Victoria Area with proper ID.

E -Juices and accessories may be purchased from (but not limited to) these retailers: 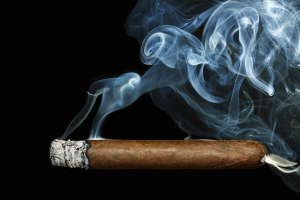 Most frequently asked question:  Can I bring Cuban cigars into the U.S. that I purchased in Canada?

Answer (copied from the website of the U.S. embassy in Ottawa)  http://canada.usembassy.gov/traveling_to_canada/returning-from-canada.html:

Each returning U.S. resident is allowed to bring into the country not more than 200 previously exported cigarettes and 100 cigars. Previously exported tobacco products in excess of these amounts will be seized and destroyed.

Tobacco products of Cuban origin, however, are prohibited unless you actually acquired them in Cuba and are returning indirectly from that country on licensed travel. You may not bring into the U.S. Cuban cigars purchased in Canada.